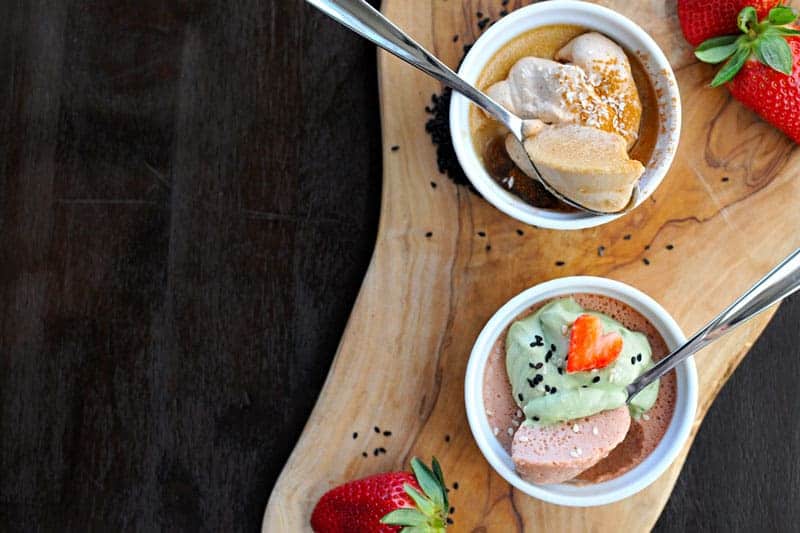 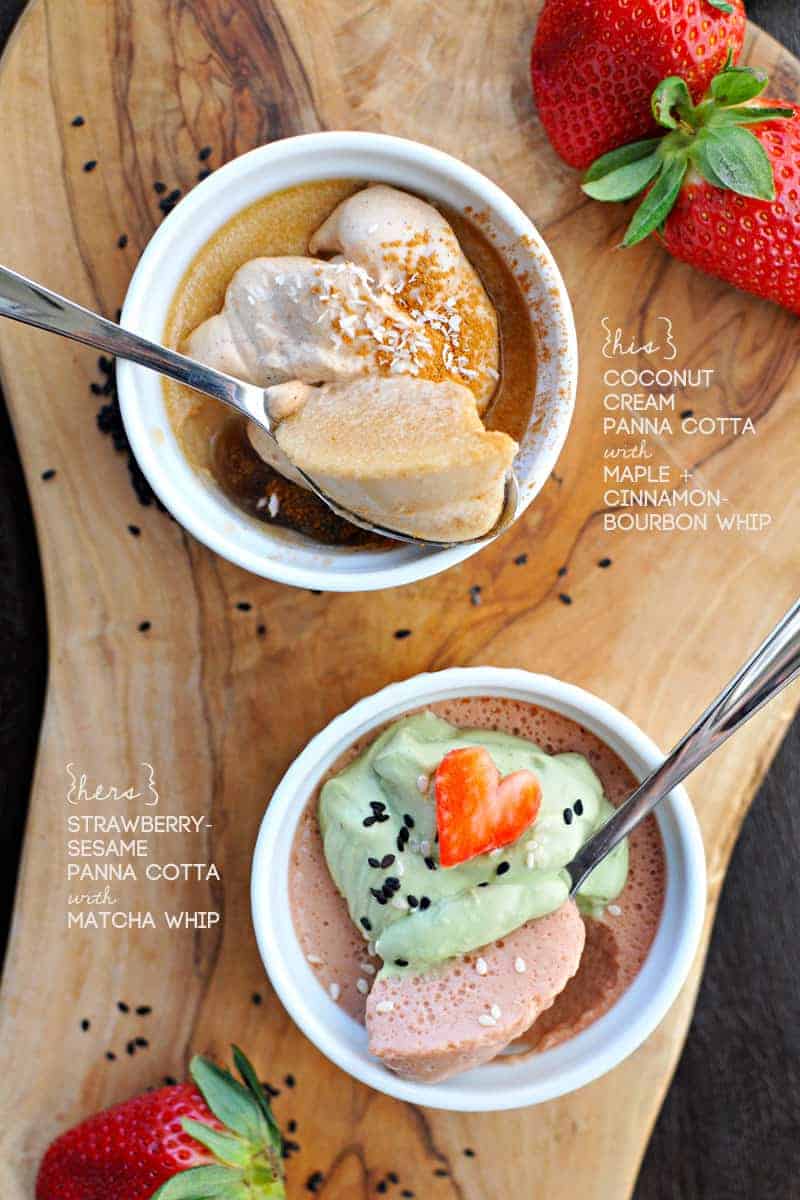 Let’s talk about how I just spent almost half an hour trying to pinpoint the crackling sound coming from the freezer only to realize it’s coming from a wood-wick candle I left burning on the bathroom counter.

And now my kitchen is littered with frozen food and I get to play my favorite-ever freezer game “hide the banana(s).” Except it’s not nearly as fun or dirty as it sounds and more like I really, really need to make banana bread some time in 2015.

Now (Bachelor spoiler) let’s talk about how Farmbeezy Chreezy almost totally redeemed himself this week by ditching not one but TWO girls in the Badlands and then flying away in a helicopter all double-oh-seveny!!! Those girls, though. Kelsey, though. How likely is it that she’s gonna pull a real life Gone Girl on some poor dude? I feel like VERY LIKELY is the only answer. She got that special kind of Calculated Crazy going on that you just don’t fuck around with. Super scary. 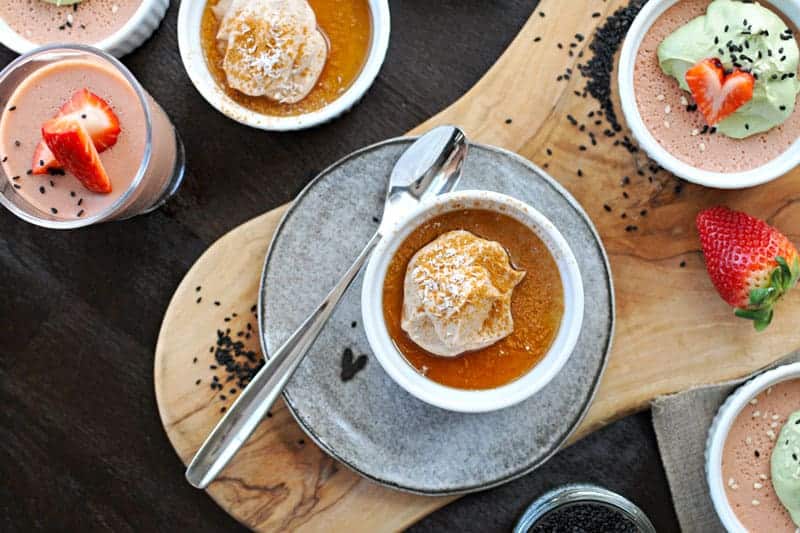 Ok, now let’s talk about panna cotta. It might seem like kind of a goofy stretch to jump from The Bachelor to Valentine’s Day, but real life, Chris and I watch The Bachelor together every week, and it’s maybe the cutest thing ever. I was so anti at first, you guys. I just didn’t get it. But I think watching it with a spouse is the way to go. It 1) makes you feel like the luckiest bastards ever, because even reality TV dating looks like the total pits, and 2) judging crazies with your boo is a super special bonding experience.

Me: Babe look, Barbie Eyes is shooting guns aaaaand riding horses. She is definitely headed for the Fantasy Suite! Buh-bye, VeeeeeCaaaaaard!!!!
Chris: Oh, definitely.
Me: OMG I LOVE YOU ALL OVER AGAIN.

So squishy romantic, I don’t even know.

So these panna cottas — we did a little his n’ hers dance because Chris likes things manly and conventional and I like things light and fluffy and Asian flavored…or something. And treating your speshul someone to their own little VDay sweet just seems kind of cute. (Little known fact: I love cute. I don’t do enough cute. See those li’l strawberry hearts? Stupid cute. I love them. Never again, but I mean kyoooot, right?) 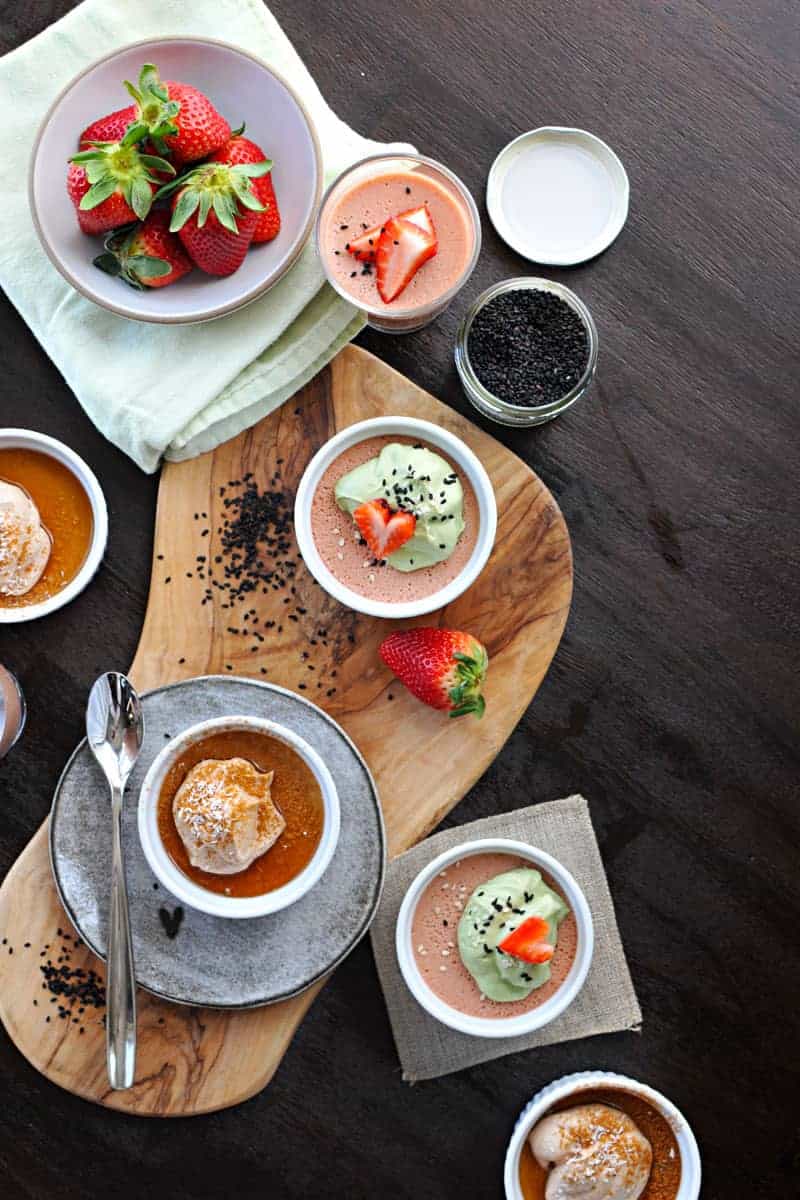 For the His version, we’re talking about a denser, coconut cream base simply flavored with vanilla and cinnamon. Maple syrup and a warming, cinnamon-bourbon whip over the top and — BOOM — you’re sitting in a room that smells like leather looking at little ships in glass bottles. Also, there might be a hidden gun vault behind a painting of a stag. MAN. LY.

And for the Her version, sweetened strawberries are whirled with light coconut milk, kissed with fragrant sesame and topped with a bright matcha whip. It’s mousse-y and cloudlike and not at all too sweet. Plus more berries on top because pretty. 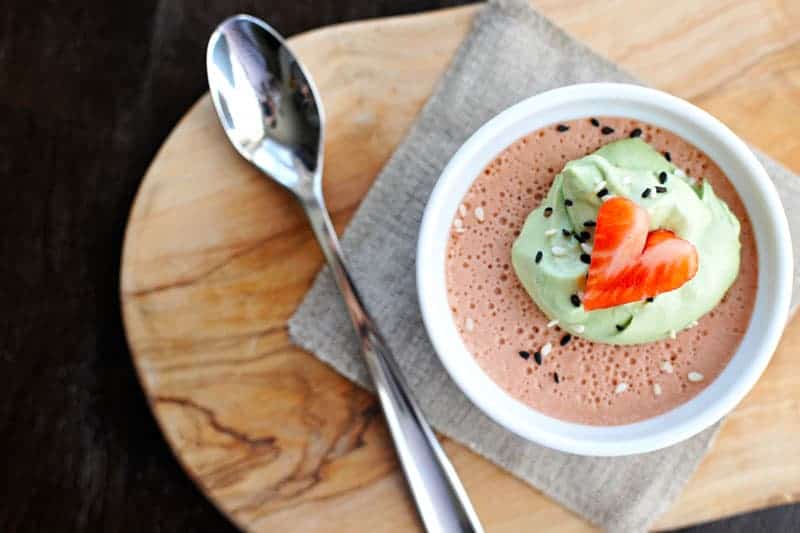 Having diplomatically eaten more than my fair share of both versions, I can attest that you can’t go wrong with either. (Ok, Chris is not a fan of sesame-flavored anything, so he might argue that you can kiiiinda go wrong with the lady ‘cotta if you’re not into that. If, on the other hand, you dig subtly sweet, kinda-savory, Japanesque desserts, your boat will be fully floated.)

Sorry I said lady ‘cotta.
And then said it again.
While I’m saying weird things, I’ll mention that we’re coconut milking all over the place, so both these guys are dairy free. Yahoo.
Ok, I’m done. 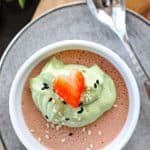 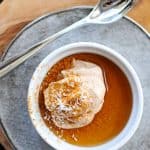 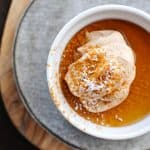 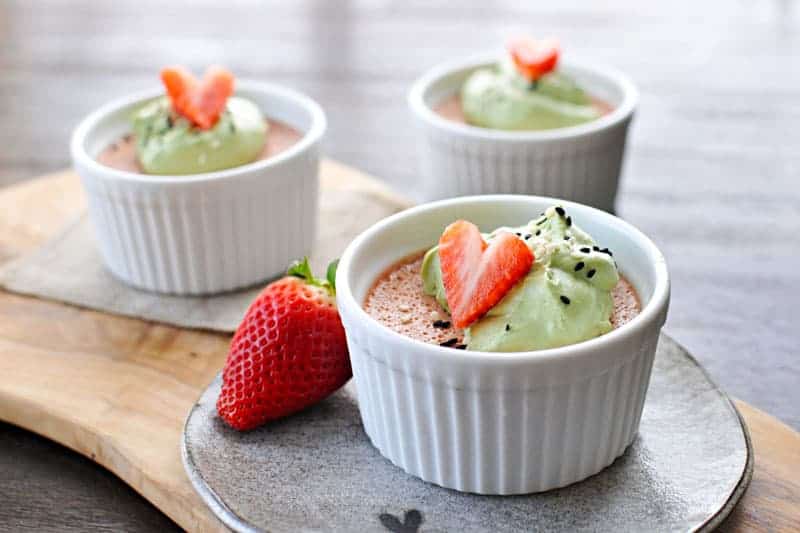 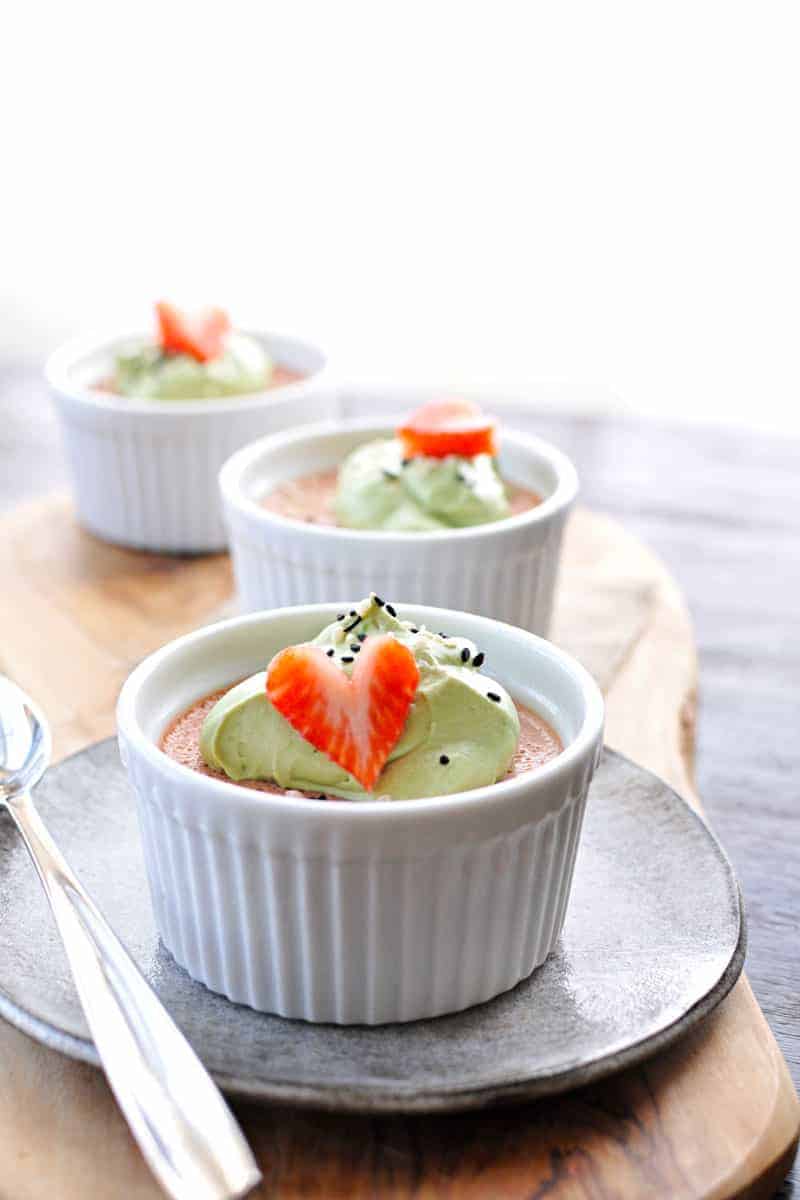 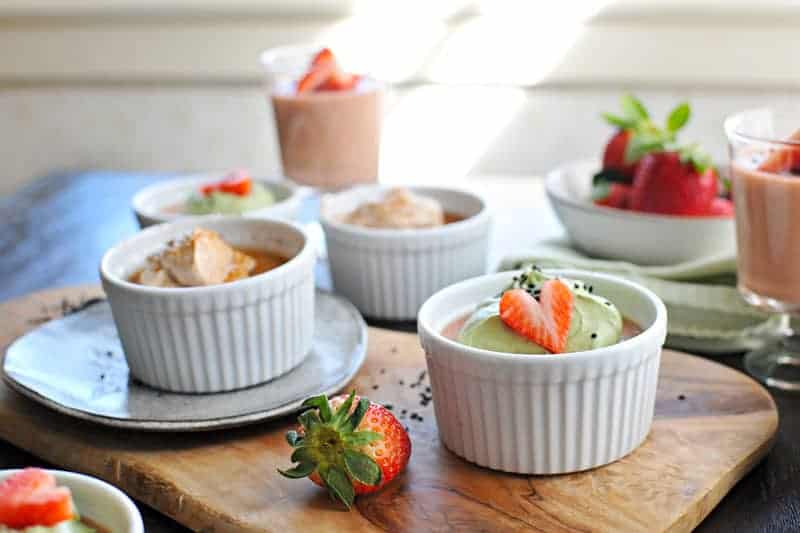 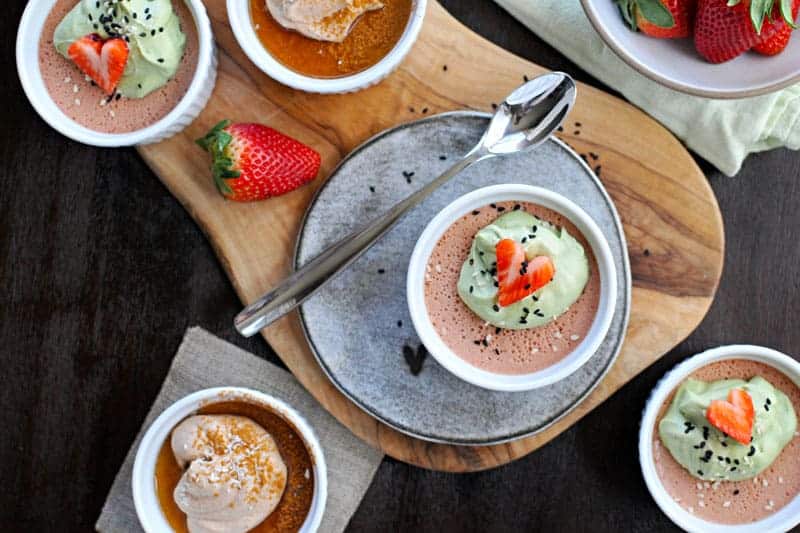 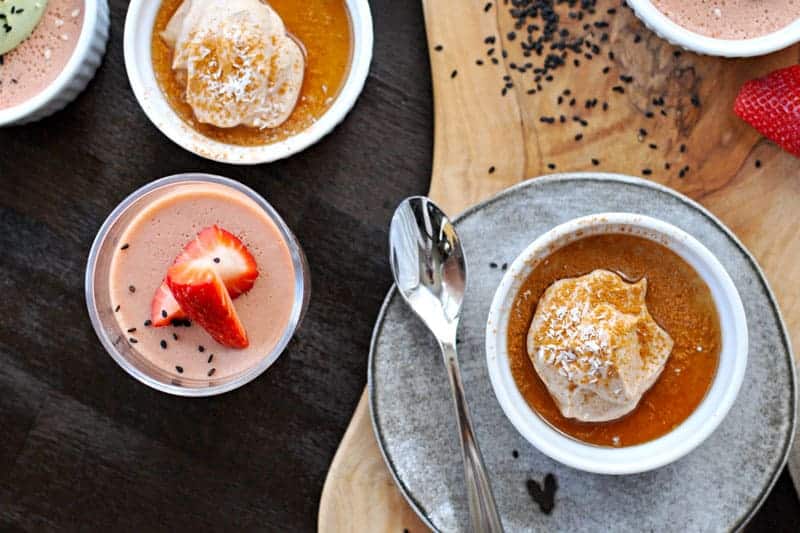 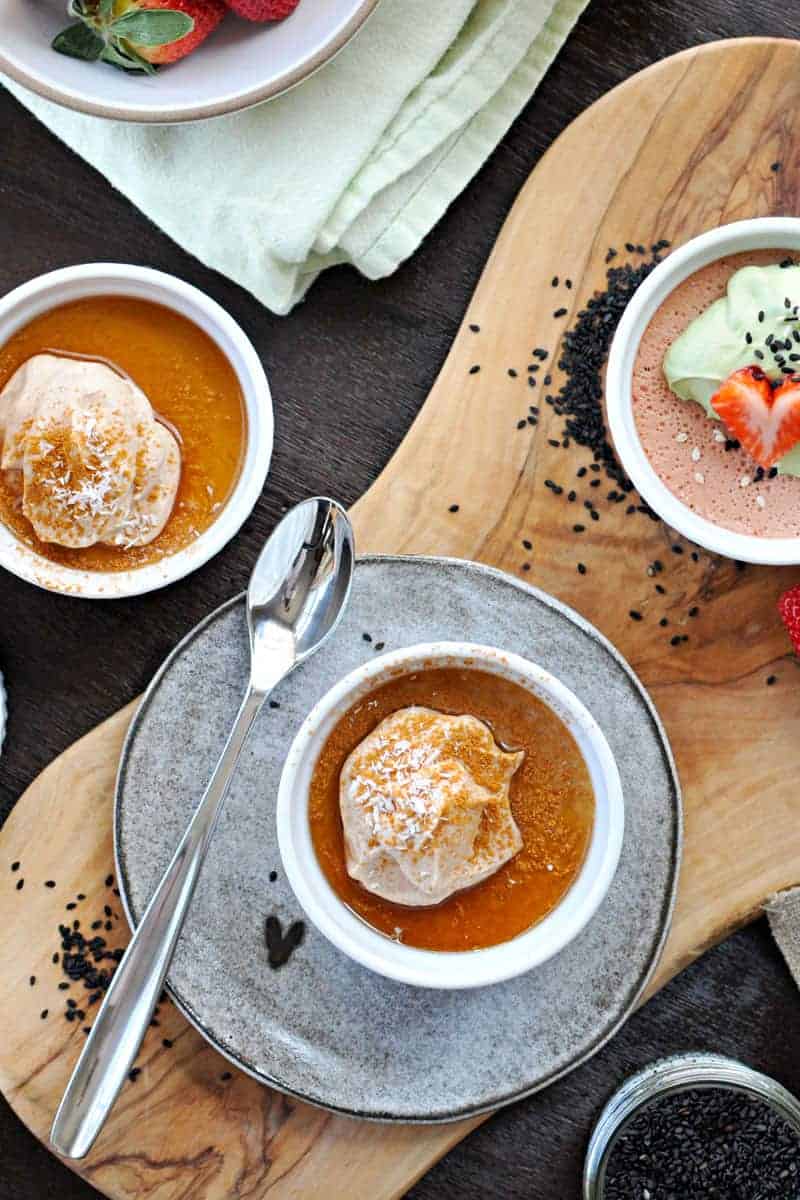 Print
Prep time
20 mins
Cook time
4 hours
Total time
4 hours 20 mins
By: Emily Stoffel
Makes: about 4 servings
Ingredients
Instructions
Notes
Don't be surprised to find that this panna cotta is richer and denser than the usj. (That's thanks to the coconut cream!) Also, conventionally, it's a no-no to bloom gelatin in warm or hot liquids, but I haven't run into any issues adding the gelatin to the warmed coconut cream here. It does its thing just fine. 🙂
3.2.2925
strawberry-sesame panna cotta w/ matcha whip (dairy-free) 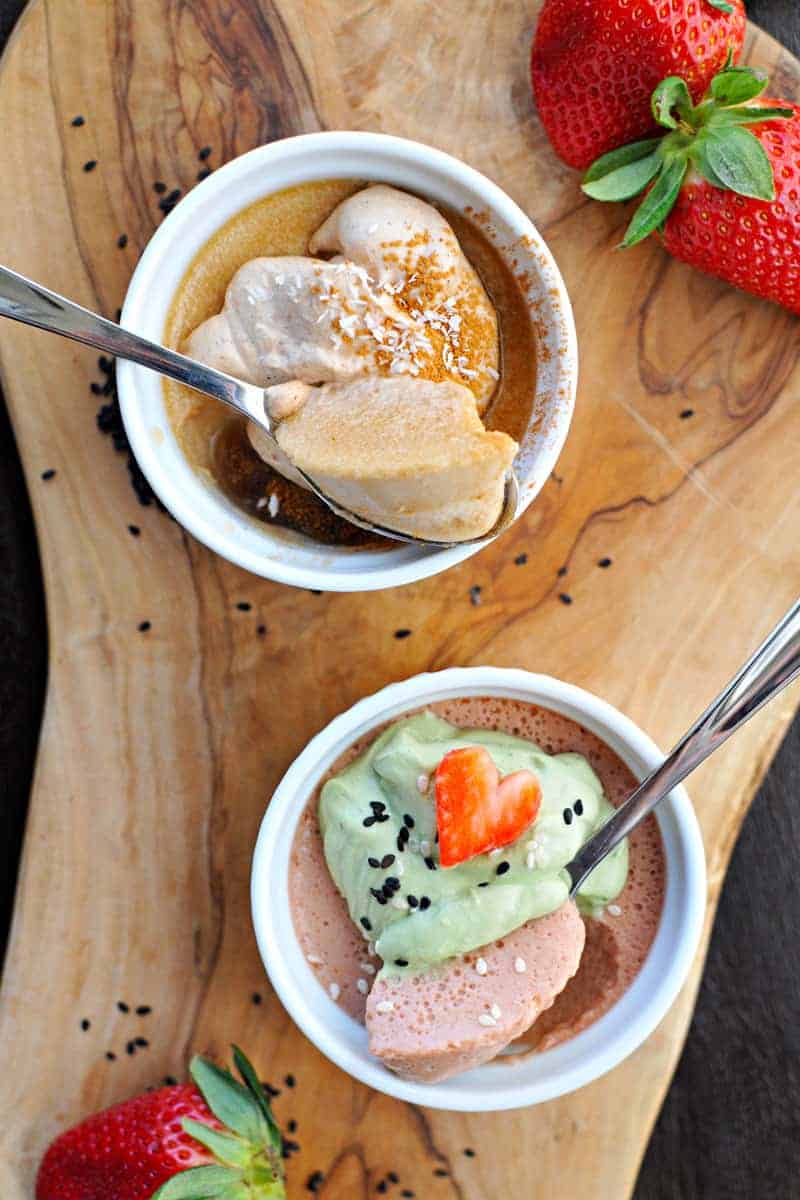