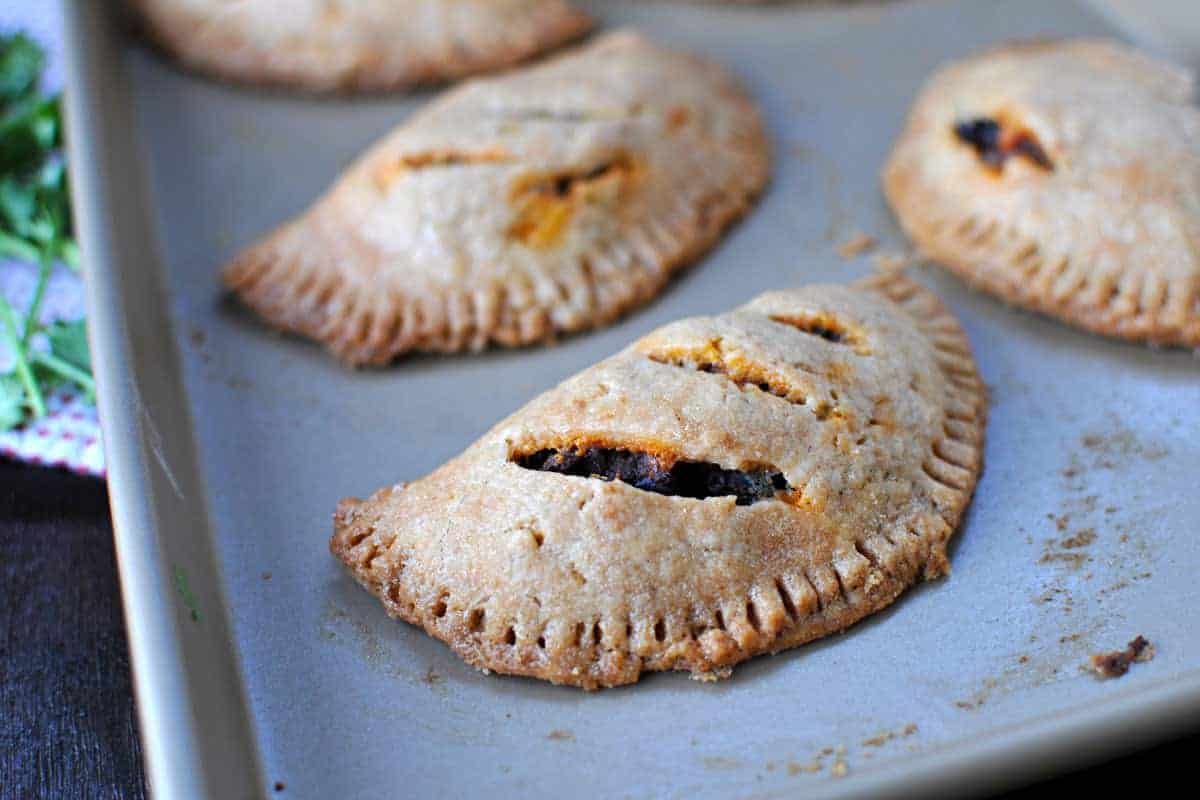 There’s been some major crankypants happening around here lately. Maybe it has something to do with the post-vacation blues (kind of a real thing) or the post-vacation head-turned-chest cold (definitely a real thing), but I have been reallll whiny. Things like emptying bags of Trader Joe’s brand Funyuns into my face seem to be helping marginally, although I refuse to call them by their given name, Snack-O’s, which has got to be the most generic name for a generic snack food I have ever heard. If it weren’t that the snack is actually O-shaped, the lameness of this name might be enough to prevent me from buying them altogether. I mean, helloooo, Fun-yOHs! OnYUMs! YUMyuns! Did none of these far more obvious yet superiorly radder names cross Hipster JoBro’s mind when ripping off the Funyun? I guess not.

But back to the topic at hand – let’s chat about these Soy Chorizo and Black Bean Empanadas, eh?

I originally intended to make these little veggie hand pies in advance and reheat them for Meatless Monday, but then, whoops, we ate them on Sunday, fresh outta the oven. And they were oh-so dreamy.

Maybe it’s because I’m sick, maybe it’s because anything wrapped in pie crust just lights my fire, but these Soy Chorizo and Black Bean Empanadas have me so smitten. So much bold flavor, so little work.

And aren’t they just a prize to look at? Even that little runty one at the top (yes, the one that I dropped while adjusting it on the tray to make it just so — lesson learned) is kinda purty in a lumpy, rustic way.

How to Make Soy Chorizo and Black Bean Empanadas

As much as I love a sweet hand pie (hello, pop tarts), savory guys like these veggie hand pies are my kryptonite. They start with a fresh pie crust (homemade or storebought – either will work here), but it’s the filling that really shines. Garlic and onions, sweet potatoes, black beans — and, yep, soy chorizo — browned together and then braised until tender with a splash of sherry wine. I like to wash the crusts with mayo, because it imparts a matte, golden color (and why waste an entire egg on a few hand pies?). Eating meat? Traditional beef or pork chorizo will work in this recipe, too, but we tend toward plant-based proteins more and more these days, and soy chorizo packs so much classic flavor. Like, I can’t get enough.

Which reminds me! If you love (soy) chorizo as much as me, be sure to check out these Chorizo + Scallion Sour Cream Biscuits, Chorizo Hash + Eggs, or Twice Baked Sweet Potatoes with Crispy Chorizo, too. You won’t regret it. 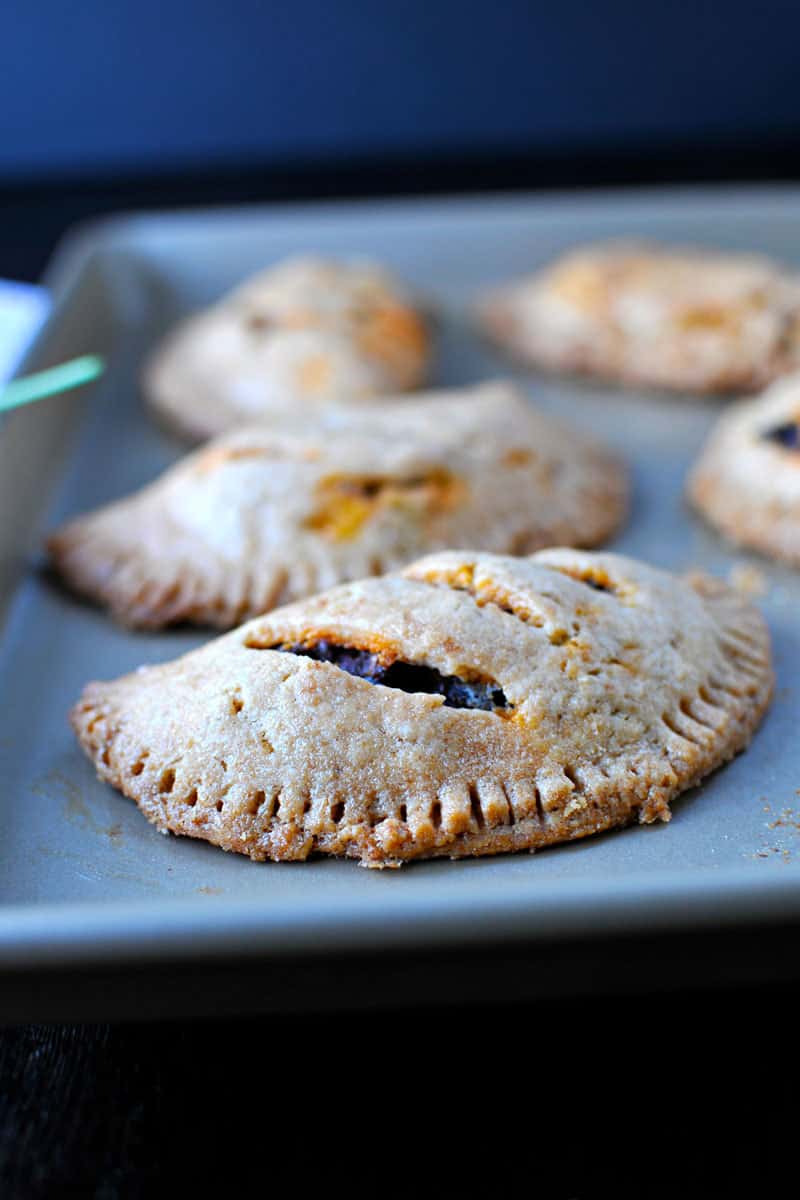