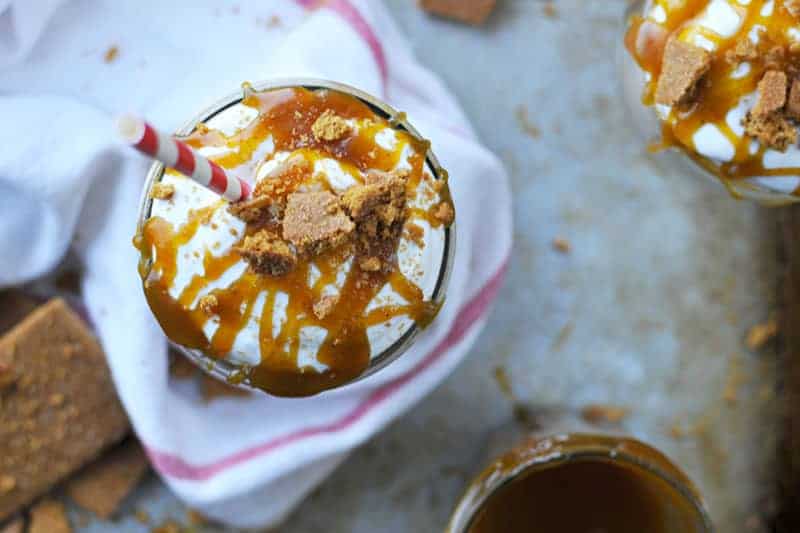 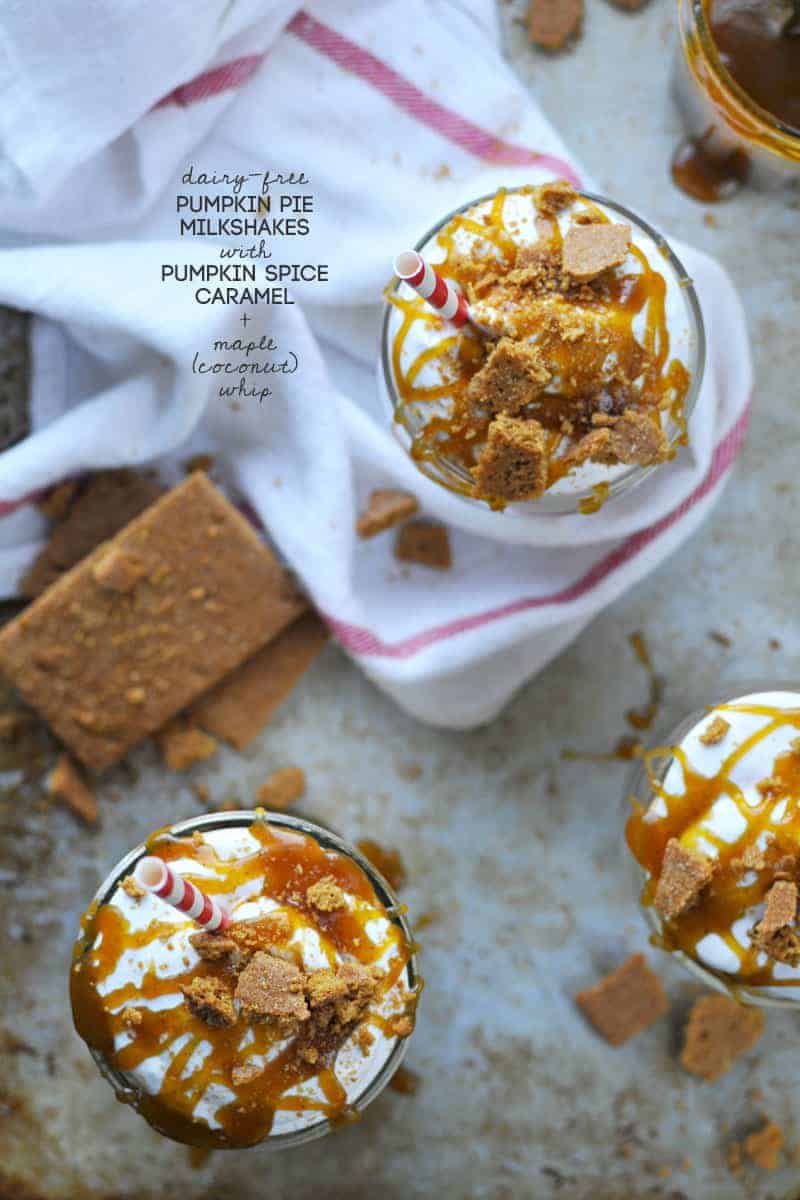 Let me first address the obvious here, because I bet someone out there is just itching to say it: a milkshake without dairy is not a true milkshake. I know this is the popular opinion, and even in my own heart, I know it to be true. But there’s something to be said for getting really, really, really close. And then taking some titular liberties.

If you’ve been around this blog for any part of the autumn season before, you know it becomes kind of a squash and pumpkin show. I mean, I wouldn’t say I’m the biggest pumpkin (or even pumpkin spice) fiend out there, but when the leaves do their thing and the air crisps up and Trader Joe’s starts cramming pumpkin into damn near everything and only succeeding at about half the things but still suckering you into buying pretty much all.of.them.hello.pumpkin.bagels.yes., you can’t help but become at least a little bit of a bandwagon fan. If only for the fact that pumpkin season is really just the first gastronomic clue that turkey-pie-and-cookie season is ever near. And I’m really keen on turkey-pie-and-cookie season.

We’re reading that as three things, right? Because while I do love me some turkey pie — and cookies — and I’m even more partial to turkey. Pie. And cookies.

K, good, I feel like that was getting confusing. 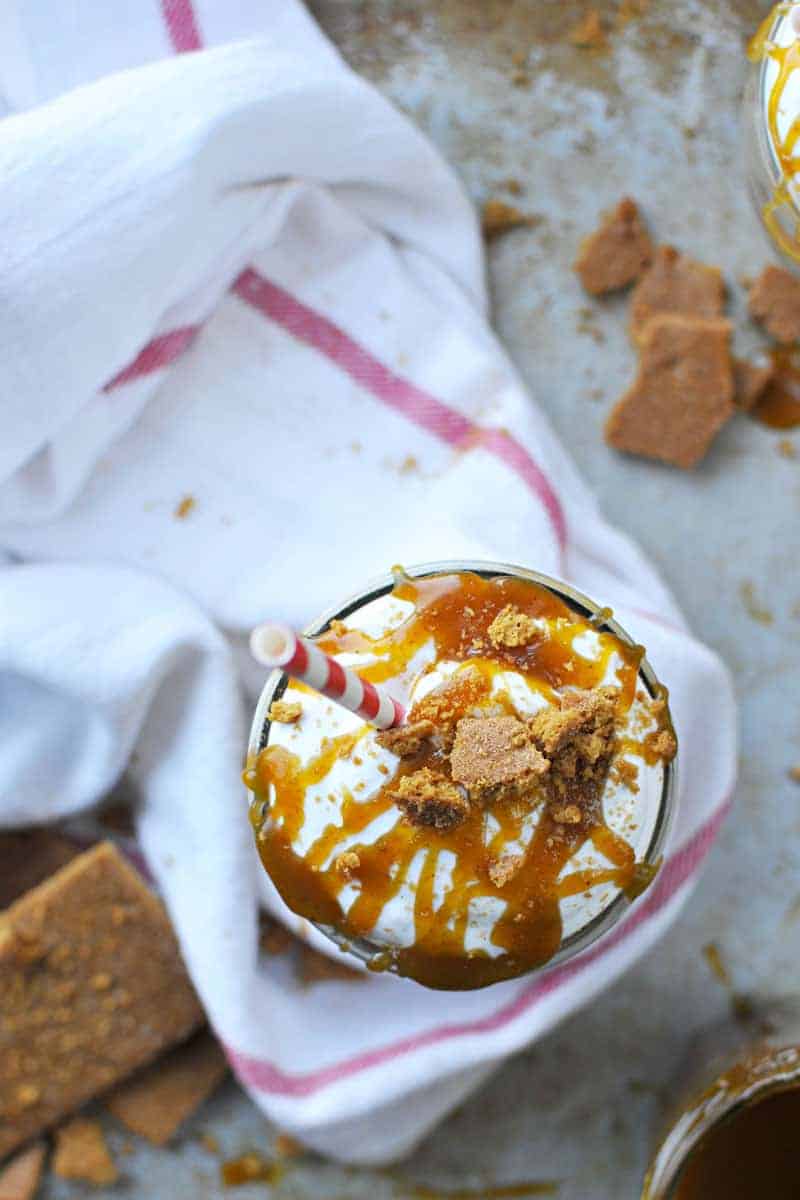 Aside from tasting like you crammed a slice of pie into your ice cream shake (and we know how I feel about pie — see: turkey-pie-and-cookie, above), my most faves thing about this take on a pumpkin milkshake is that it’s actually packed with kind of a lot of real pumpkin. There’s no pumpkin- or pumpkin spice-flavored anything here, guys. Instead, there is pumpkin. There are spices. And, then there’s, like, a super fatty ribbon of homespun pumpkin spice caramel sauce, which you may be shocked to learn is also made from pumpkin. And, um, spices.

I also snuck a few cinnamon graham crackers into and onto the shake, the former because the toasty graham flavor is a fair representation of crust and the latter because crunch and texture and piling toppings high on top of milkshakes is pretty and indulgent and if you’re going to set about constructing something as improper as a pie shake you might as well do it…properly.

Cheers, all! Have a great HumpDizz.
xo,
Em

p.s. I’m so pump’d (heh) that this recipe is part of today’s #virtualpumpkinparty hosted the by the enviably talented Sara of Cake Over Steak. (If you’ve not checked out Sara’s corner of the web before, you should really get over there. She pairs every recipe with ridiculously pretty illustrations of each tasty eat, so it’s like half food blog, half art blog and completely fun and unique.) Today, thanks to Sara, more than 70 folks have gathered to celebrate all things pumpkin — sweet, savory and everything in between. (Also: boozy! Yay!) Scroll past the recipe below to see the complete list of partygoers and their contributions — there’s too much good stuff!

p.p.s. This precious goober is a whopping 6 months old today and is already so full of charm and personality, it almost gets my ovaries itching again. We love you dearly, Lana bug. More than fat kids love cake. More than momma loves pie shakes. More than, when it really comes down to it, we ever could have imagined. ♥ 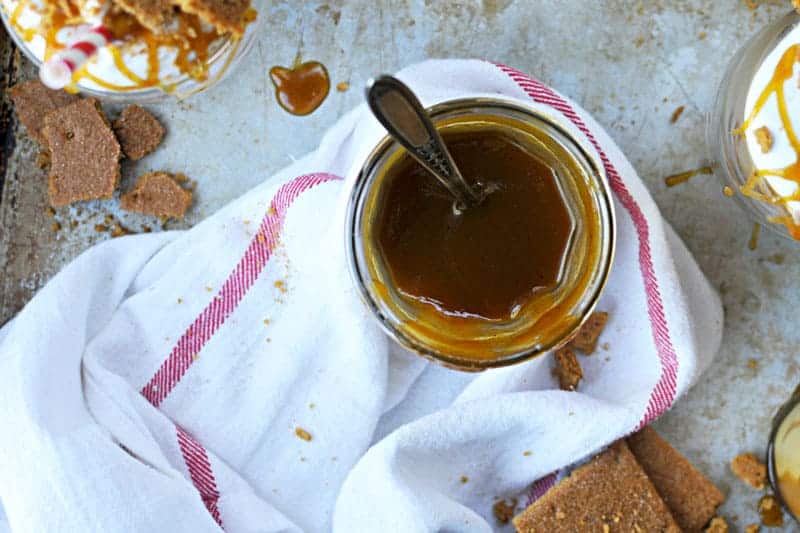 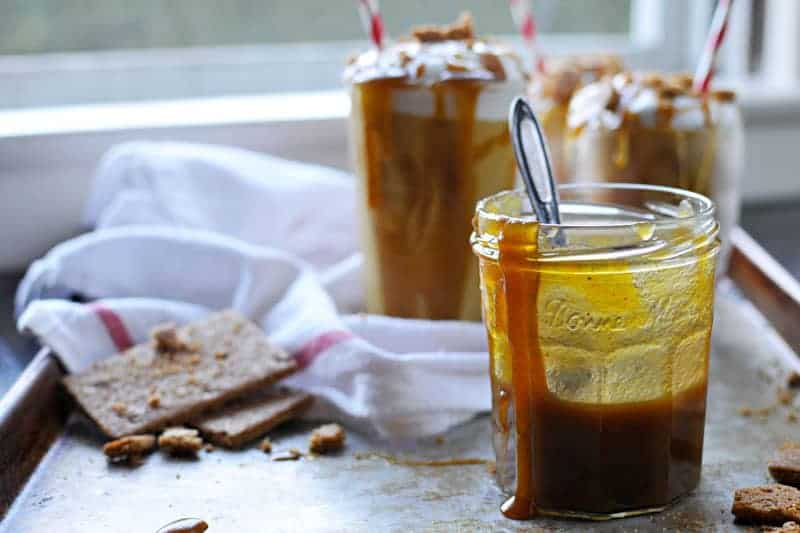 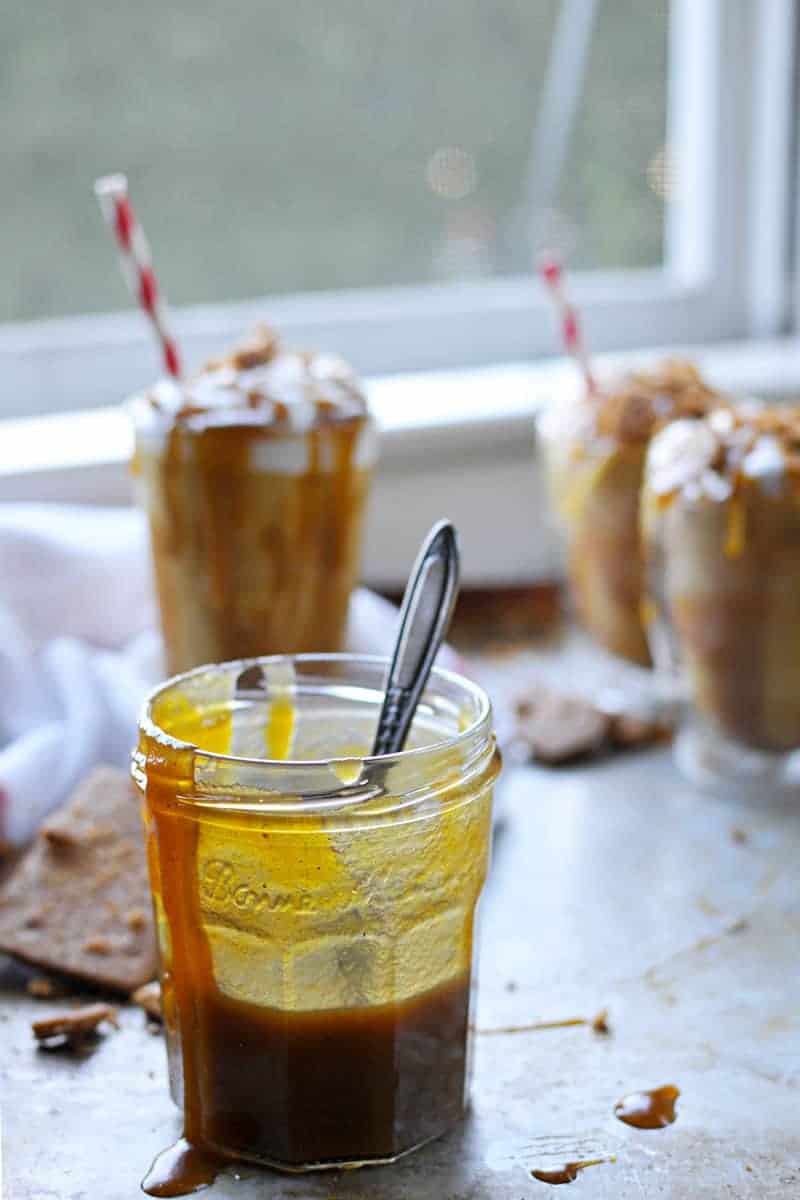 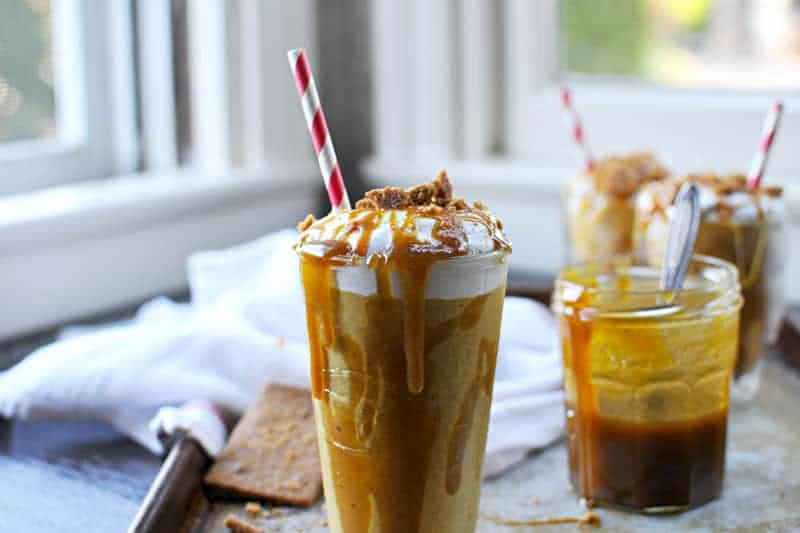 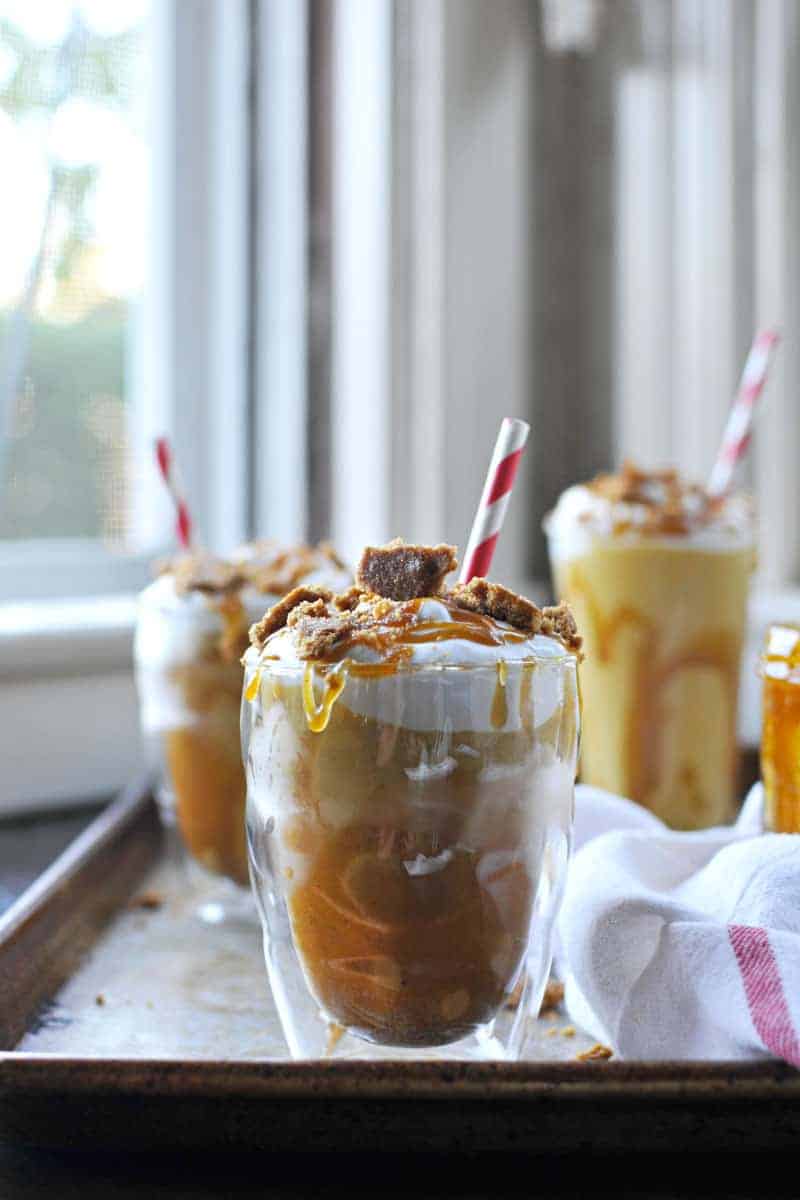 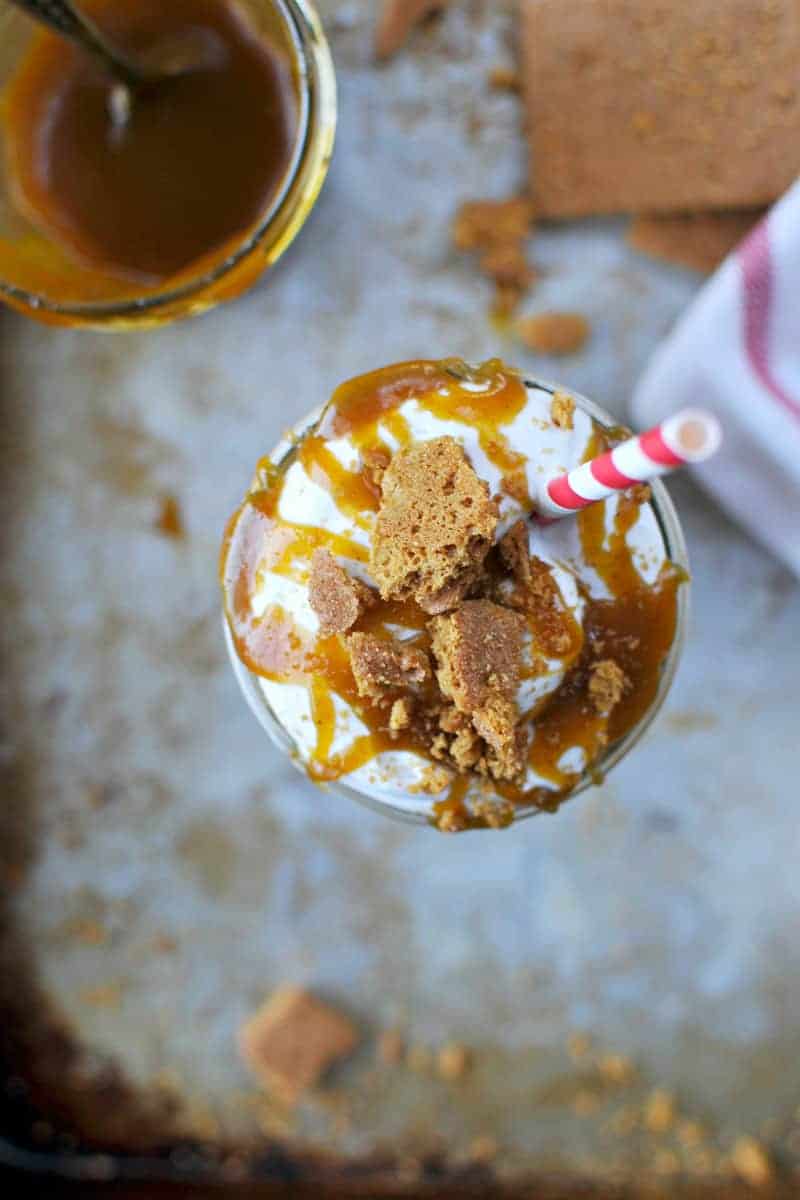 Print
Prep time
5 mins
Total time
5 mins
By: Emily Stoffel
Makes: 2 piggy (me) or 3 normal people milkshakes
Ingredients
Instructions
Notes
I used Double Rainbow's Vanilla Bean Soy Cream for these shakes because it's super creamy and pretty dang close to a traditional (read: dairy-full) vanilla bean, but if you're anti soy, I've also recently checked out the So Delicious brand of Cashew Milk Ice Creams and they're also really, really good -- and with a relatively short ingredient list. (The Snickerdoodle, my goodness...) And of course, you can always hock your fave regular ice cream in there if you don't take issue with dairy. You kinda can't go wrong...

For the coconut whip: Chill a can of full-fat coconut milk upside-down in the fridge overnight. Flip the can right-side up, open it up, pour off the watery portion (reserve for another use!) and whip the creamy portion with a tablespoon or two of real maple syrup until stiff peaks form. Easy.
3.3.3077
pumpkin spice coconut caramel sauce 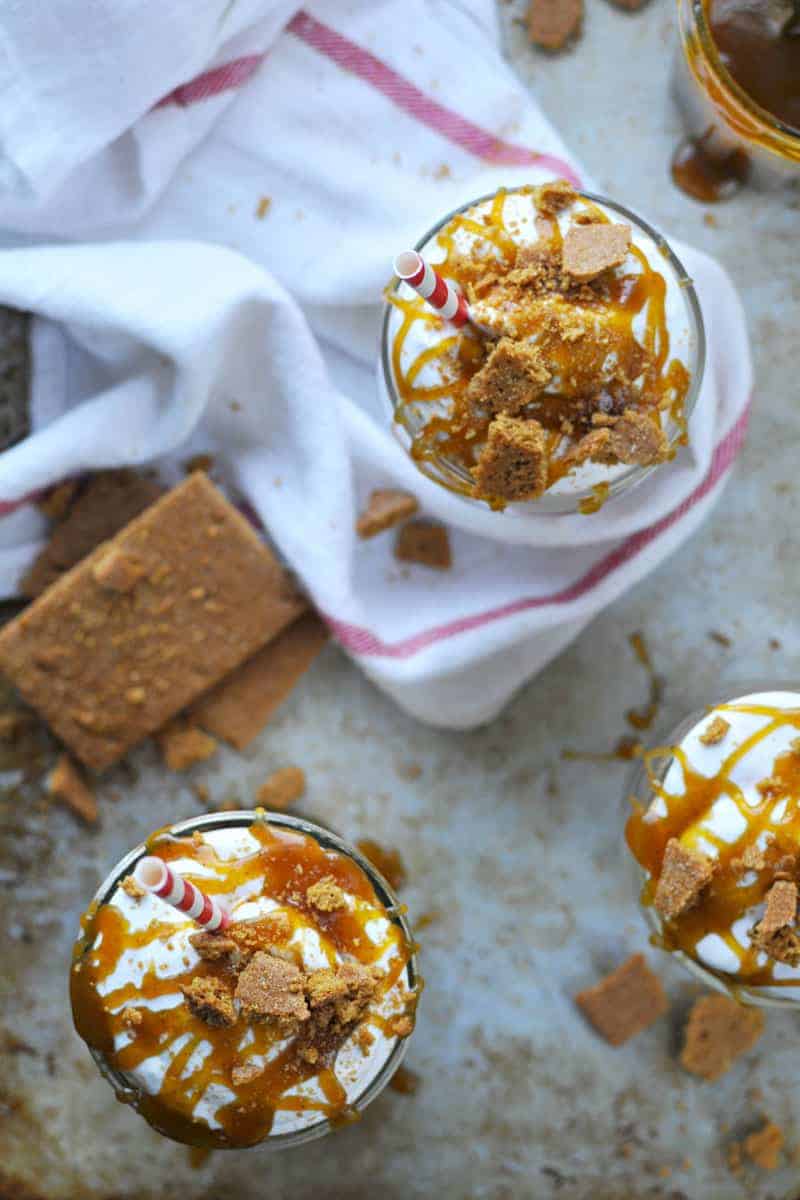