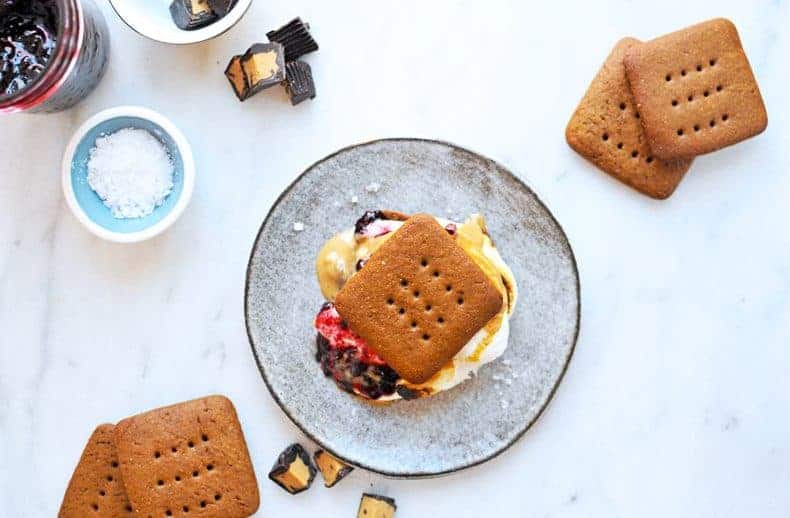 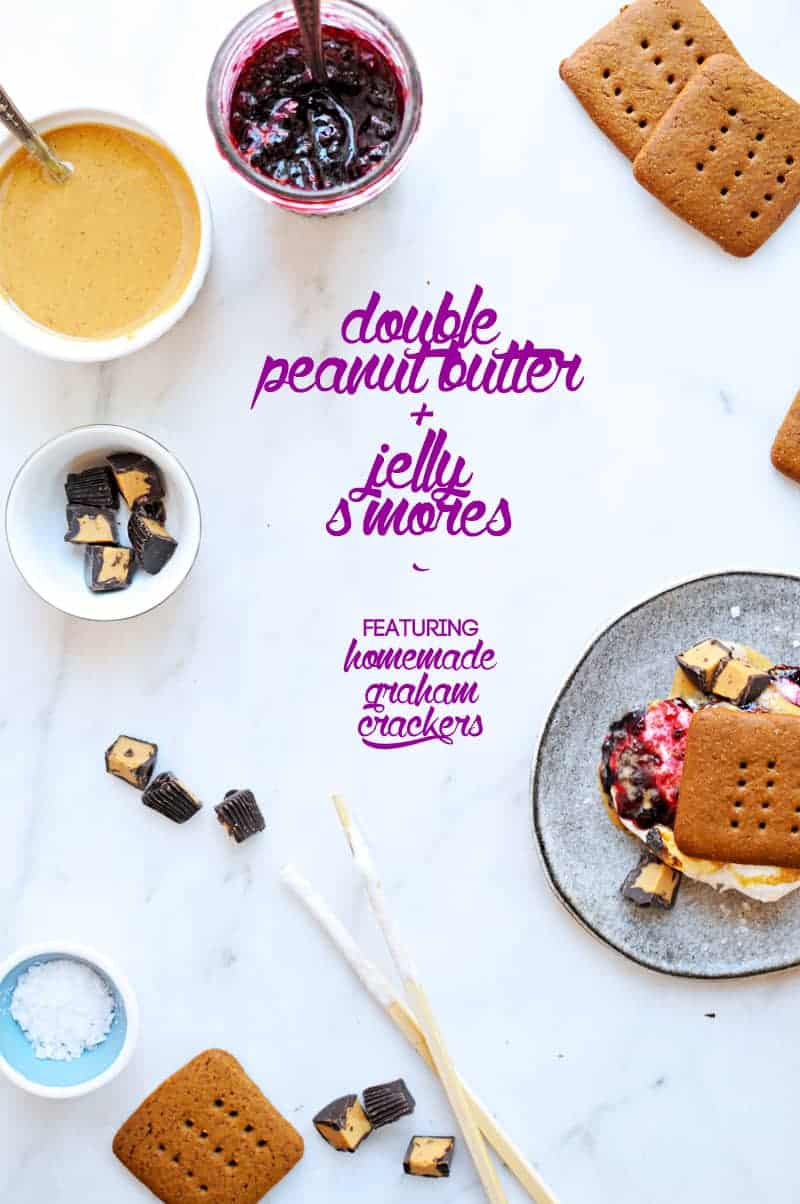 It’s National S’mores Day. Can you even freaking believe it? There’s a day for FUGGING EVERYYYTHANG. It’s also National Watch All the Gymnastics Day, National Your Kid Only Napped 40 Minutes Day and National Company is Coming Time to Swiffer the Hair in the Bathroom Day.

Ok, I made that last one up. But I’m still celebrating, because I’m one classy-ass hostess. You’re welcome, playdates.

But back to National S’mores Day. Let’s do it up proper, k?
I kinda wanted to say “prah-puhh” all British-like, but I didn’t know if you would get it. Do Brits like s’mores? They’d be right prah-puhh with a spot o’ tea, so probably yeah. Yeh. Yehhhhh. I’m still doing the accent. You knew that.

Ok. I promise this time.
S’mores.

A few weeks ago, I saw Christina making homemade graham crackers on snapchat, and my mind did a mini-splode. If you know me at all, you know I don’t bake for shit, but when I checked out the recipe, they seemed really, surprisingly simple — and I loved that she made them naturally sweetened so they’d be a (somewhat) guiltless treat for a teething babe. So later that week, I whipped up a batch, and they’ve been on repeat ever since. Because Lana loves them, yes — the first week we introduced them, I had to hide the container because she was getting all Chucky-baby about it — but mostly because I can’t stop stuffing them with roasted marshmallows, peanut butter cups and spoonfuls of blackberry jam. And more peanut butter. And sea salt. And then stuffing THAT.

I know. I have no idea, either.
National I Digress Day.
Yehhhhhhhh.

p.s. in case you missed it, I was featured on Food52 this week – squeeeee! 🙂
p.p.s. last week’s chili-lime coconut mango pops!
p.p.p.s. pretty sure it goes without saying, but you could absolutely make these with store-bought graham crackers, too, and they won’t suck at all. But it’s worth it to try your hand at the homemade version. Plus you get to use cookie cutters and poke little holes in things with a fork, which is always kinda therapeutic. I should probably not be a parent. 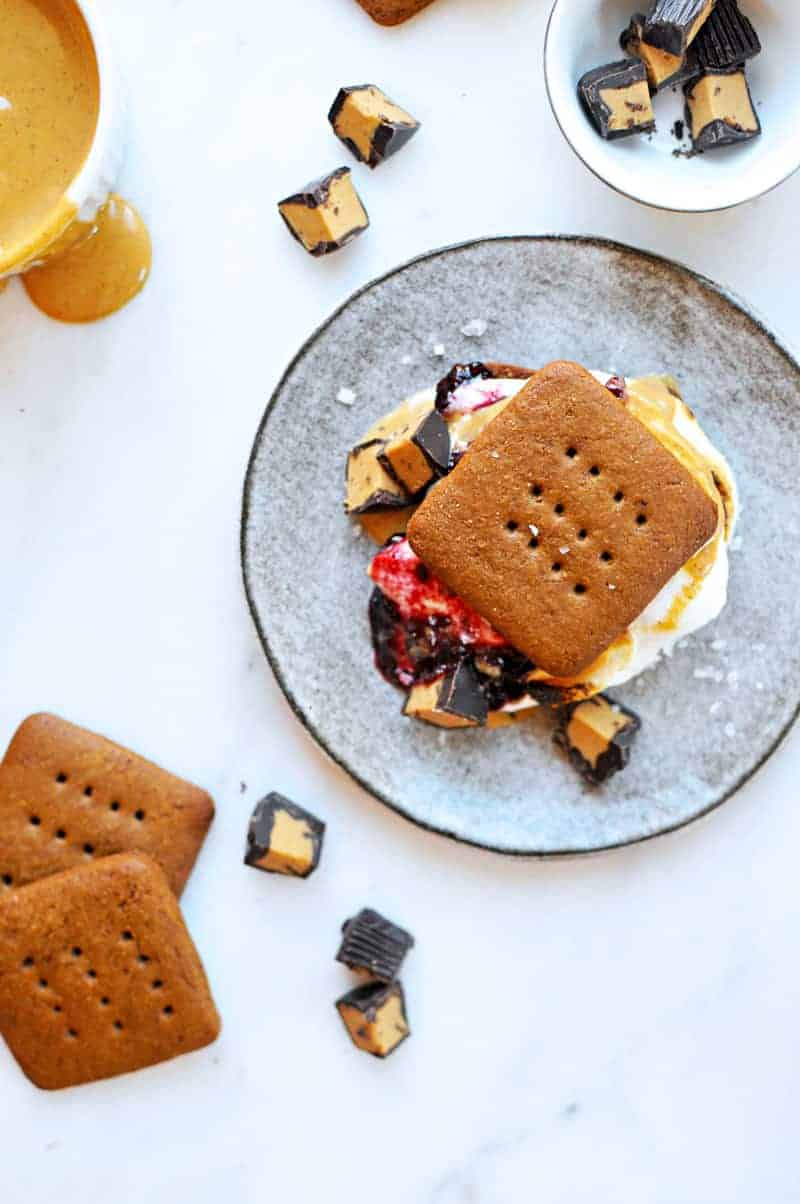 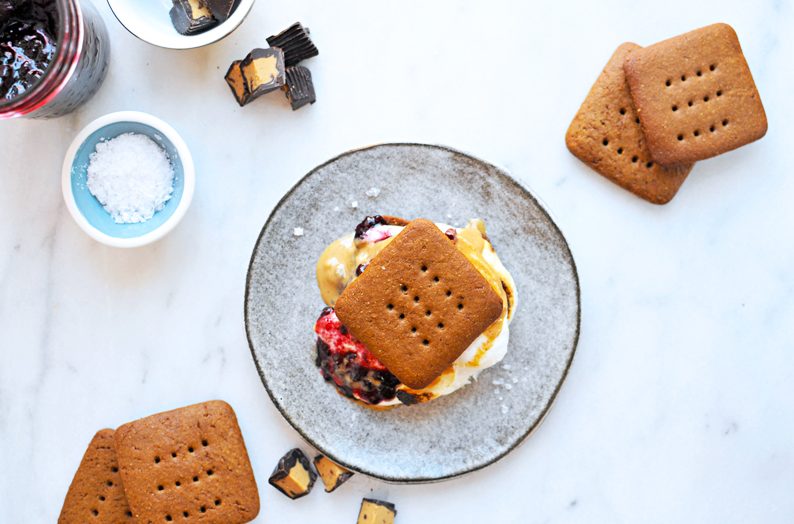 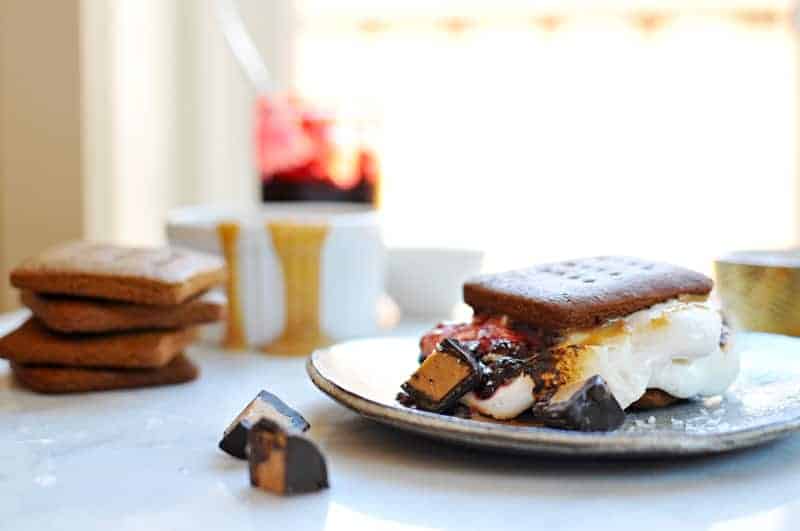 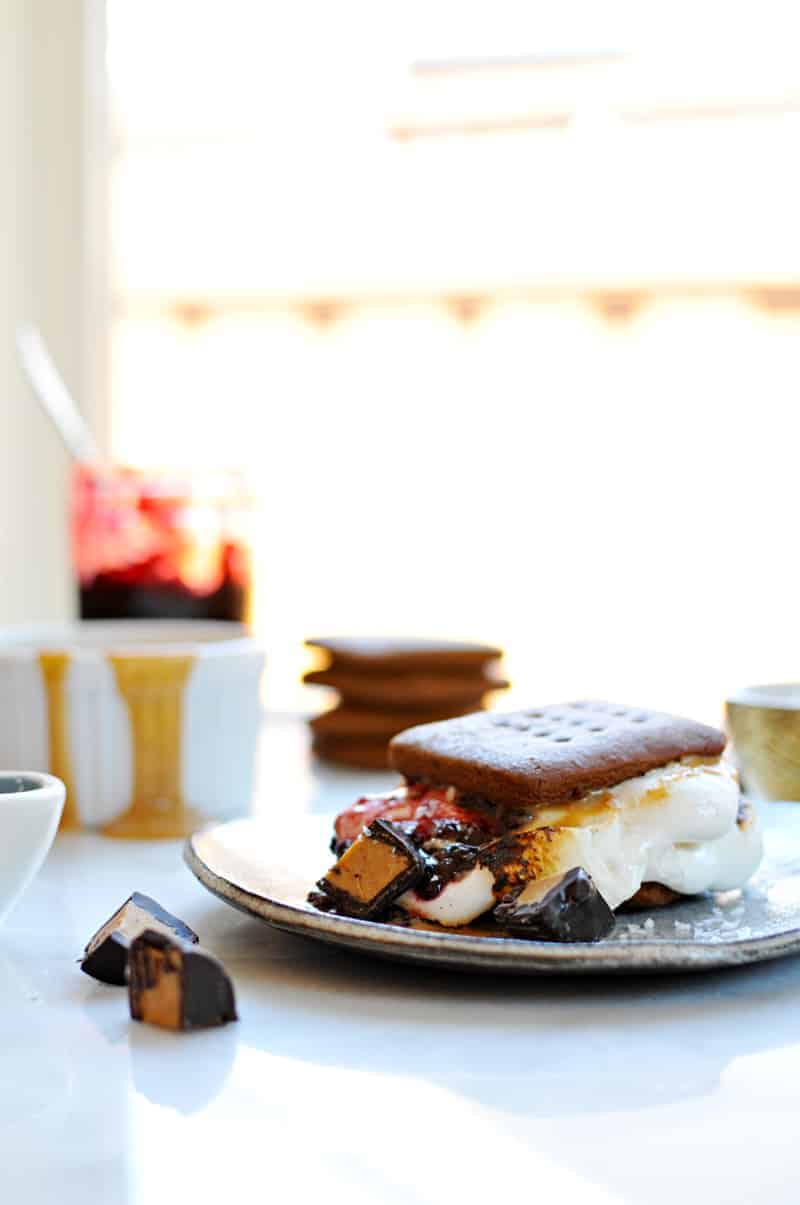 Print
Prep time
1 min
Cook time
5 mins
Total time
6 mins
By: Emily Stoffel
Makes: as many as you like!
Ingredients
Instructions
Notes
Regarding the Homemade Graham Crackers:
1) I follow Christina's recipe exactly except I reduce the molasses by 1 tablespoon and increase the honey by 1 tablespoon.
2) Using a 2" square cutter (I actually have this exact set) and re-rolling the scraps, I can get about 30 cookies from each recipe.
3) And for some reason -- maybe because I just don't roll these quite thin enough -- these always take 22-25 mins in my oven.
4) Finally, of course you can use store-bought grahammies, too! I'll still be your frannnd.

Regarding the marshmallows: I love cutting these gigantic jumbo marshmallows in half -- for some reason I think they just toast up more evenly on my stove -- and sandwiching the chocolate in between the two layers, but you could absolutely do two standard mallows per s'more. 🙂
3.4.3177
————————————————–