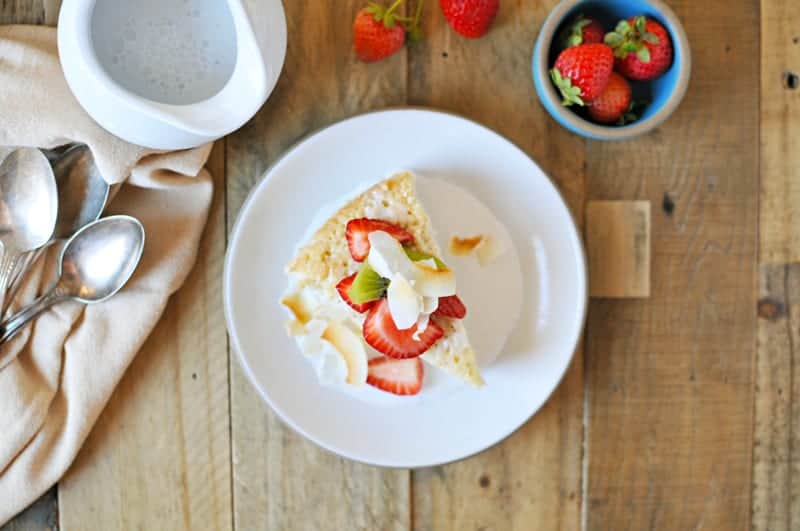 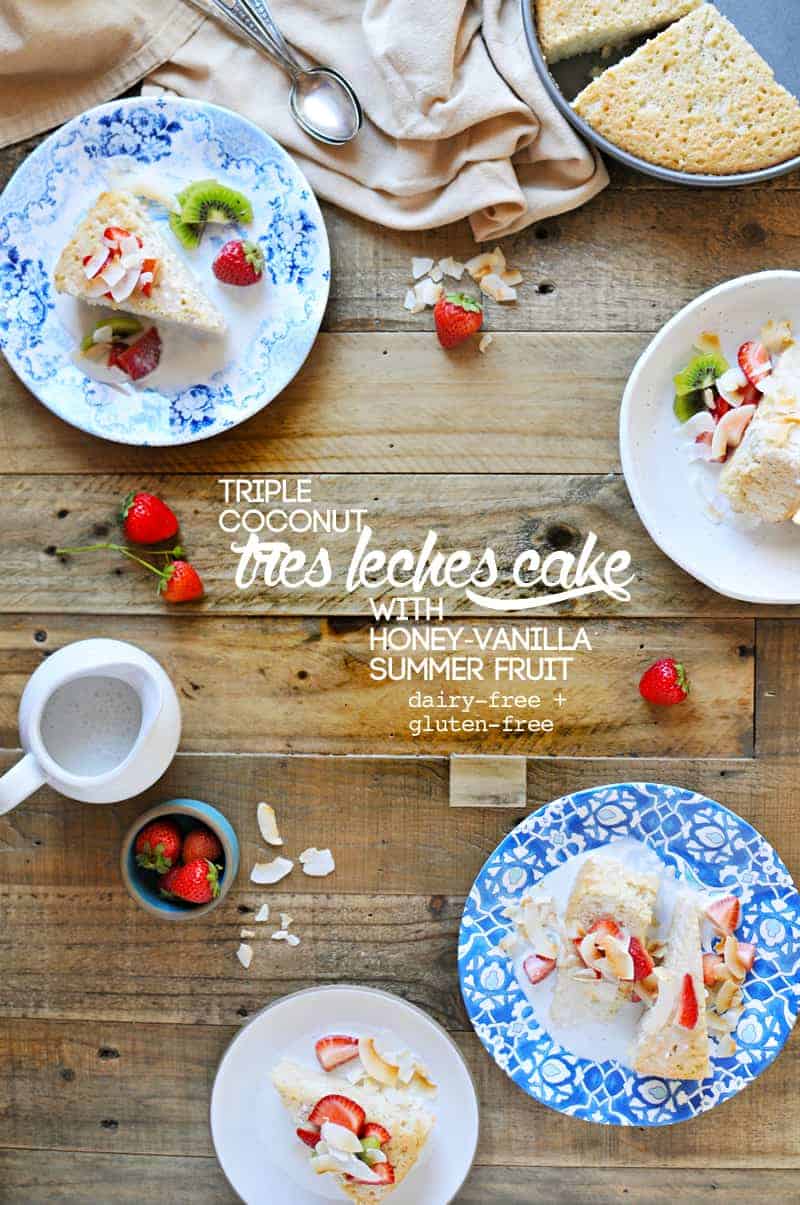 Alanna (The Bojon Gourmet) and I met when I was just baaaaarely pregnant — those first days when you’re still wincing at sneezes and consulting your sustainable seafood app for fear of mercury poisoning at every turn. Both of us being only somewhat formally employed at the time (note: if you’ve read the tale behind the name of her blog, you’ll know she takes no offense to this; note-within-a-note: she is now a bonafide cookbook author!!! while I am still…whatever the hell I am…), we met up for a weekday brunch at Plow where I promptly broke out into a cold sweat over how to slyly avoid bacon, runny eggs and booze at a meal traditionally designed around all three.

“Should we get champagne? Mimosas!” she suggested. (Clearly we were designed to be lifelong friends.)
“Oh, how fun! But I’m driving back right after this. Plus, you know…Asian. Low tolerance. I turn sooo red…….” I wet blanketed back.

Which is why I didn’t have the heart to confess, when we ordered a delicately dressed salad topped with an undeniably soft-cooked egg, just how many early-day preggo fears were wrapped up in that taut little trembling sack. But what kind of food blogger doesn’t eat runny yolks! What kind of riffraff will she think I am? I desperately asked myself while googling “runny eggs + birth defects” under the table. 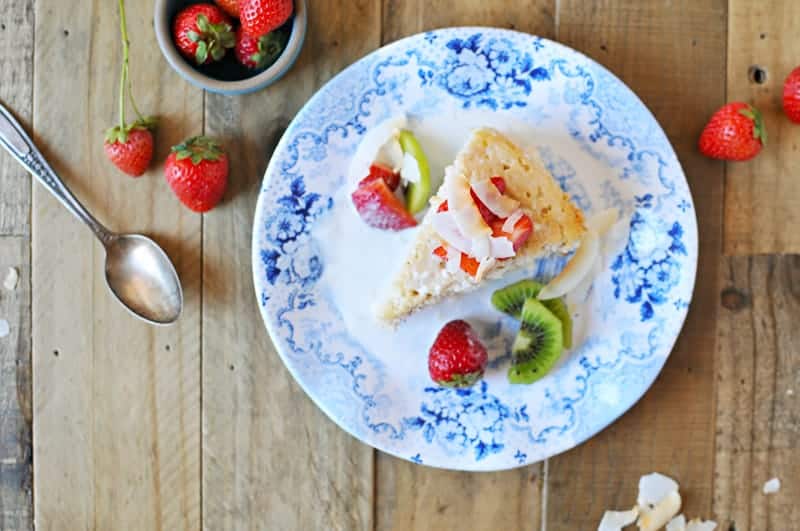 And so it is that my first date with Alanna marked the first, last (and, in case you didn’t get it, only) undercooked egg that I partook in throughout my entire pregnancy. Which made it even more ridiculous when I finally divulged this fact to Alanna at the launch party for her new book (which I’m getting to, I swear), Alternative Baker, on Sunday afternoon —

Fortunately, a little white lying on both our parts didn’t stop us from having a lovely time, and I walked away as smitten with Alanna as I knew I would be when I first started visiting her space a year or more before. She’s everything her blog conveys: sweetly humble, quick-witted, deeply intelligent. There’s also something to be said for the way she converses — softly and often with a smile in her eyes — that makes it feel like you’re trading schoolgirl secrets in the best way possible. And, of course, she’s supremely talented.

Which brings us to this cake. 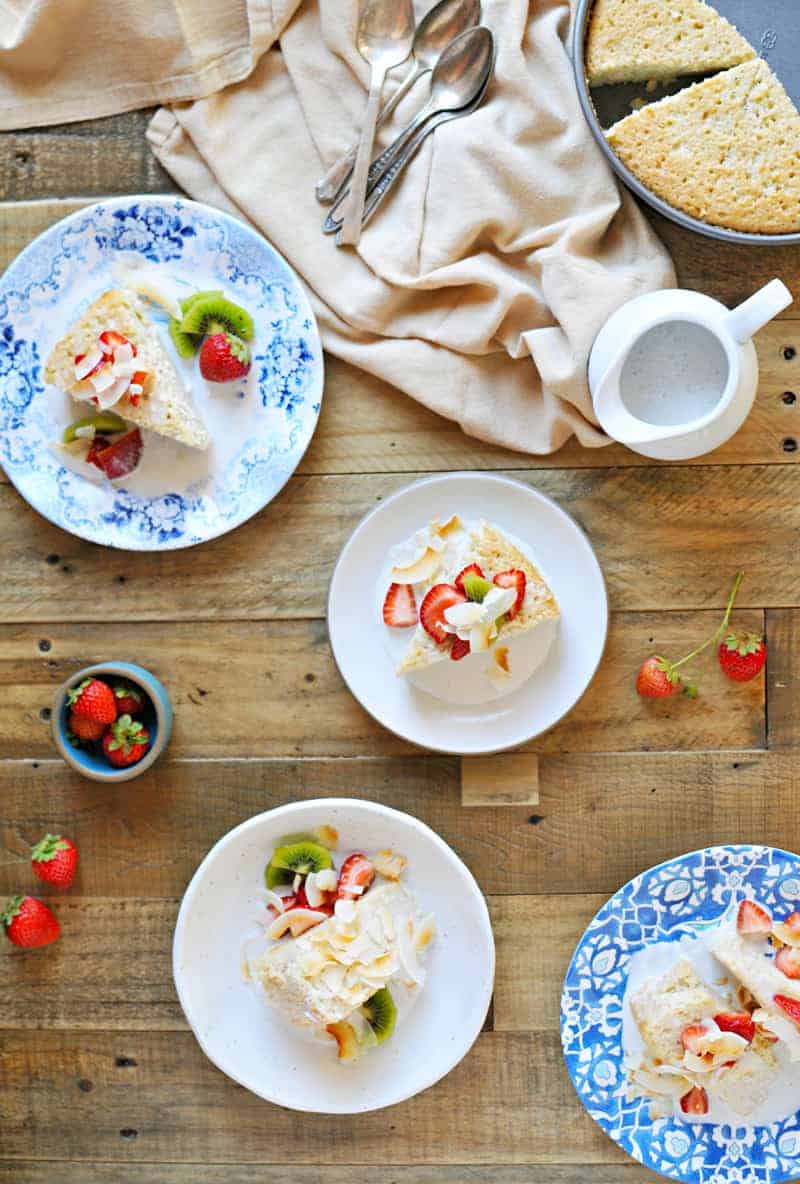 I was fortunate enough to test this cake last summer when Alternative Baker was still in draft form, and it instantly seduced me with its accessible ingredients, custardy texture and elegant flavor profile, which is far more subtle than you’d expect from a cake featuring not one but three iterations of coconut. At the time, I knew it was something special — particularly since I was avoiding dairy and was, therefore, in a serious Legit Cake dryspell — but after making it again this week, I can formally endorse it as one of the best cakes I’ve ever enjoyed. Probably the best cake I’ve ever made.

And that’s not even acknowledging that it’s gluten. freaking. FREE.
Alanna Taylor-Tobin: maker of magic.

I’ve tampered with the recipe as originally published only just slightly where the topping is concerned, and that’s primarily due to the fact that truly decent mangoes — Alanna’s recommended fruit — just weren’t in the cards. So, strawberries it is, kissed with just a touch of honey and vanilla, both of which complement the subtle nuttiness of the millet flour. And few slices of electric kiwi tumbled about, as well, because all that coconut needs a little tropical company. It’s floral, fragrant, not at all too sweet. And let’s not forget pretty. I love a pretty cake.

Tremendous thanks to Alanna for allowing me to share this recipe with all of you today. And if you’re reading, sweet friend: big hugs on this most precious book-baby! It’s the best of your already exquisite art, captured in print, and I couldn’t be prouder. ♥

p.s. Whether you bake — or not (me!!). Whether you’re gluten-free — or not (meeeee!!!!!)…you can and most definitely should order Alternative Baker for yourself here. It’s everything gorgeous you never thought you could bake delivered with surprising ease and accessibility. You won’t be disappointed.
p.p.s. To see this recipe adorned with Alanna’s original mango and lime topping, be sure to visit Shelly’s beautiful post here. 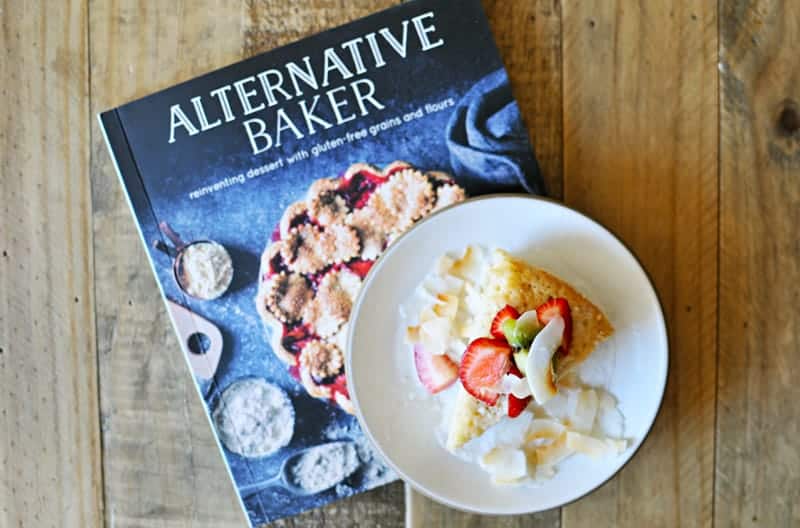 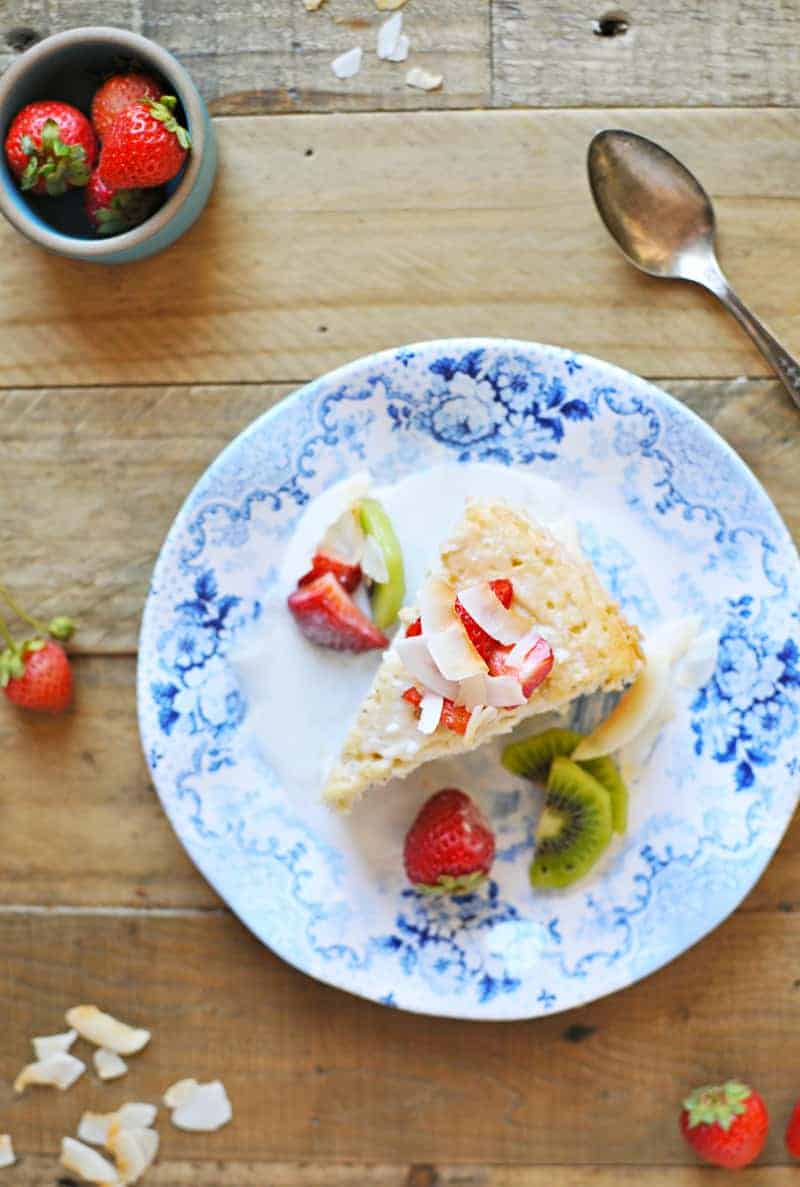 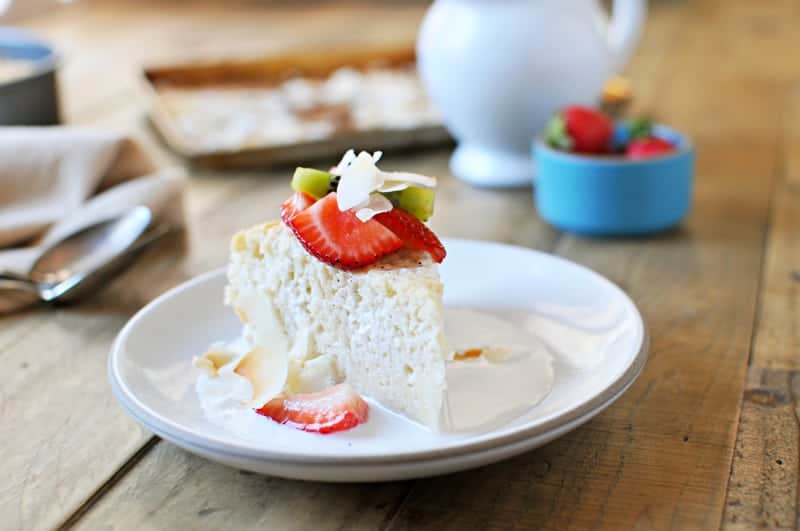 Print
This cake, from Alanna Taylor-Tobin's Alternative Baker, is one of the best I've ever eaten -- and it just happens to be both dairy- and gluten-free. While there's really only one milk involved (and coconut, at that), the custardy texture is truly reminiscent of a traditional tres leche cake. I think I might even prefer it to the original. 🙂
By: Alanna Taylor-Tobin
Makes: 8-12 servings
Ingredients
Instructions
Notes
I've written the recipe almost exactly as printed in Alternative Baker with the exception of the topping, which is originally composed of mango and lime, as captured in Shelly's post, here.
3.4.3177