Happy Friday, world! Lots in the hopper here at the P&Q and no real rhyme or reason (yet) as to how I will manage the queue. Fellow bloggers, please tell me: how do you do it?

Enter my attempted solution, the Pigpen: a mini-roundup of the promised miscellany that’s been bouncing around in the ol’ cabesa but hasn’t quite achieved solo-post status. We’ll see how far we get with this… 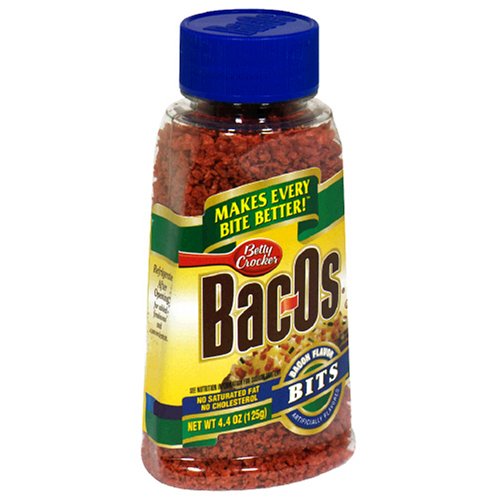 1) My random nostalgic love of: Bacos. Why is it that foodies almost always have a nostalgic obsession with packaged foodstuffs that attempt to closely approximate meat? For my husband, it’s Vienna Sausages. For my mom, it’s SPAM. And for me, it’s Bacos. Ok, that’s a lie; for me it’s Bacos AND SPAM, but SPAM is getting kinda bourgeois these days, so does it really need another plug? I can’t promise it won’t happen eventually, because I really do love SPAM, but….I mean, look at this! Already it’s hijacking poor Bacos’ blurb. So let’s get on with it. Bacos. Yes, the salad topping. As a kid, I would eat them by the spoonful or just pound them straight from the plastic container that was a pantry staple at my god-sister Whitney’s house. I was, and still am, completely Bacosmitten. Sure, they’re artificial, full of chemical flavorings and hydrogenated everything and taste nothing like the applewood smoked stuff we’ve all come to call the norm. But for you naysayers, I have three words for you: Savory. Fruity. Pebbles. Enough said. 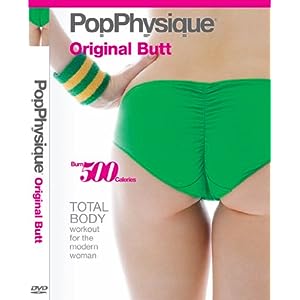 2) Motor on the back on my Honda: PopPhysique Original Butt. Does your special someone Not Want None Unless You Got Buns, Hun? Listen up. PopPhysique — the fitness studio arm of the Bay Area-based PopSugar empire — has recently released a DVD version of one of their most popular barre workouts, and it’s bananas (in a good way). I received mine in the August edition of their monthly Must Have box (hoping to do a full rundown one of these days) and immediately convinced myself that this would be my shortcut to getting Adriana Lima’s body in time for our trip to Costa Rica this fall. Ha. Ahahaha. One workout in and I’ve reached Lima status, all right, as in Lima towel handy so I don’t slip and die in the pool of sweat collecting on my upper lip, holy GAWD. It’s that intense, and there’s not even a cardio component. It’s all about controlled poses, micro-movements and twitchy muscles, and it’s effective as hell. My arms were trembling. My legs were trembling. My butt cheeks were trembling individually. Of course, if you’re a seasoned yogi, or a barre class regular, or just bendy by nature (limber and flexible I am NOT), you’ll have a much easier time, but this workout is no joke. Except for that Lima pun up there, which was totally a joke, and totally hilarious.

3) Seriously the best thing (since…): Alpine Valley Organic Multi Grain + Omega 3. OhEmGee, people. Have you tried this bread? I’ll start by saying that it’s not my favorite bread straight out of the bag since it has a glutinous, almost undercooked texture that makes it a tad gummy — but toasted? Peter, Paul & Mary, it’s fantastic. Whatever it is that makes this bread a bit of a hot mess when it’s plain helps transform it into a chewy, toothsome treat after a two minutes in the sack with Mr. Toaster. Add in the subtle caramel flavor imparted by a touch of honey and a nutty, seeded crust and I’m in Leavened Heaven. Bonus points for being able to find a little two-pack sack of these guys at my neighborhood Costco. (Whadda ya know, Jeanette behind Fergie’s Bites and Stuft Mama, from whom I borrowed the pic at left, are also grooving on this stuff!)

So, what say we about the whole Pigpen thing, folks? And don’t spare my feelings, because I already designed the cover art for Numbers 2-10, so we’re kinda locked in regardless. But really. Eh?

7 Comments on “In the Pigpen No.1: Bacos, badonkadonks & bomb-diggity bread”