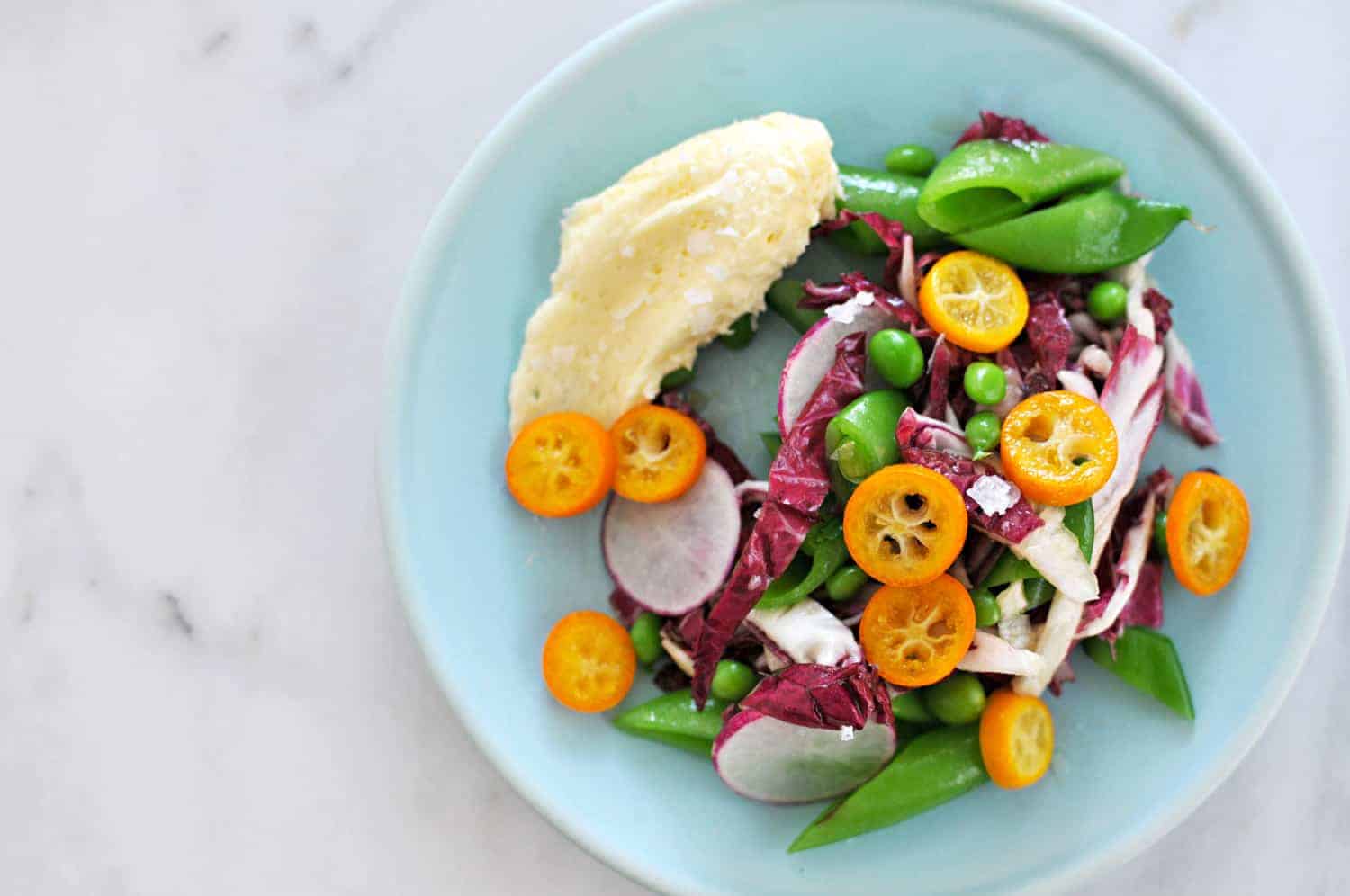 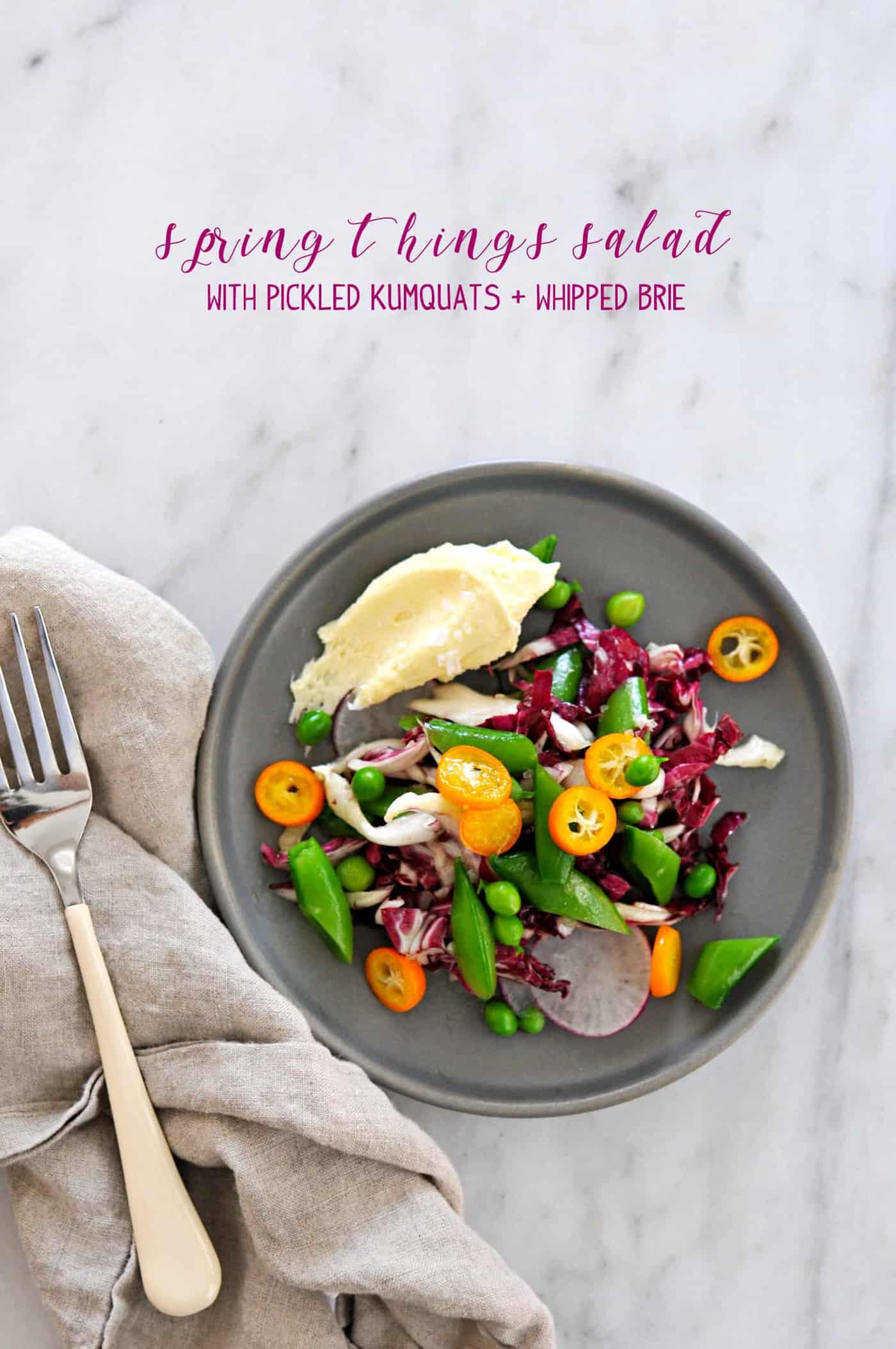 Greetings from the household of a 3-year-old. She kicked off her fourth trip around the sun in April (it’s been a while since we’ve chatted, I know…), and it’s as if a switch was flipped with the whispered whoosh of those extinguished candles. We’re potty trained. We’re putting our clothes on by ourselves. We’re sleeping with a pillow and a blanket.

We’re still doing this thing where she is we. I’ll outgrow it before it becomes obnoxious.

And it’s not as if I was expecting the worst of age three, but all things considered, she’s been a delight. The first few months of 2018 have brought with them more than a few changes that would be disruptive to a kiddo, never mind a toddler — and she’s taking them all in stride.

In February, we moved to the Northern California coast — beautiful, pinch-me-I’m-dreaming Half Moon Bay. Close enough to our old home to visit friends and favorite haunts, far enough that doing so takes some planning, and that this summer will bring with it a new school and a new routine. And with a new town comes a new house, of course. Bigger (so much bigger — I’m literally bathing in the glory of more than one bathroom) and in most all respects better, but to a tiny human married to familiarity (also: Daddy, Uncle Kevin, and on some days, me), it brought with it a few adjustments. Like stairs, and all the rules that come with them.

But even so, she’s been wonderfully reasonable. A little heavy on the “gimmes,” maybe — I blame the walk-in pantry, which puts a world of previously concealed delectables at her fingertips – but generally so very sweet and playful and charming about showing off her new room to anyone and everyone who sets foot into the house. 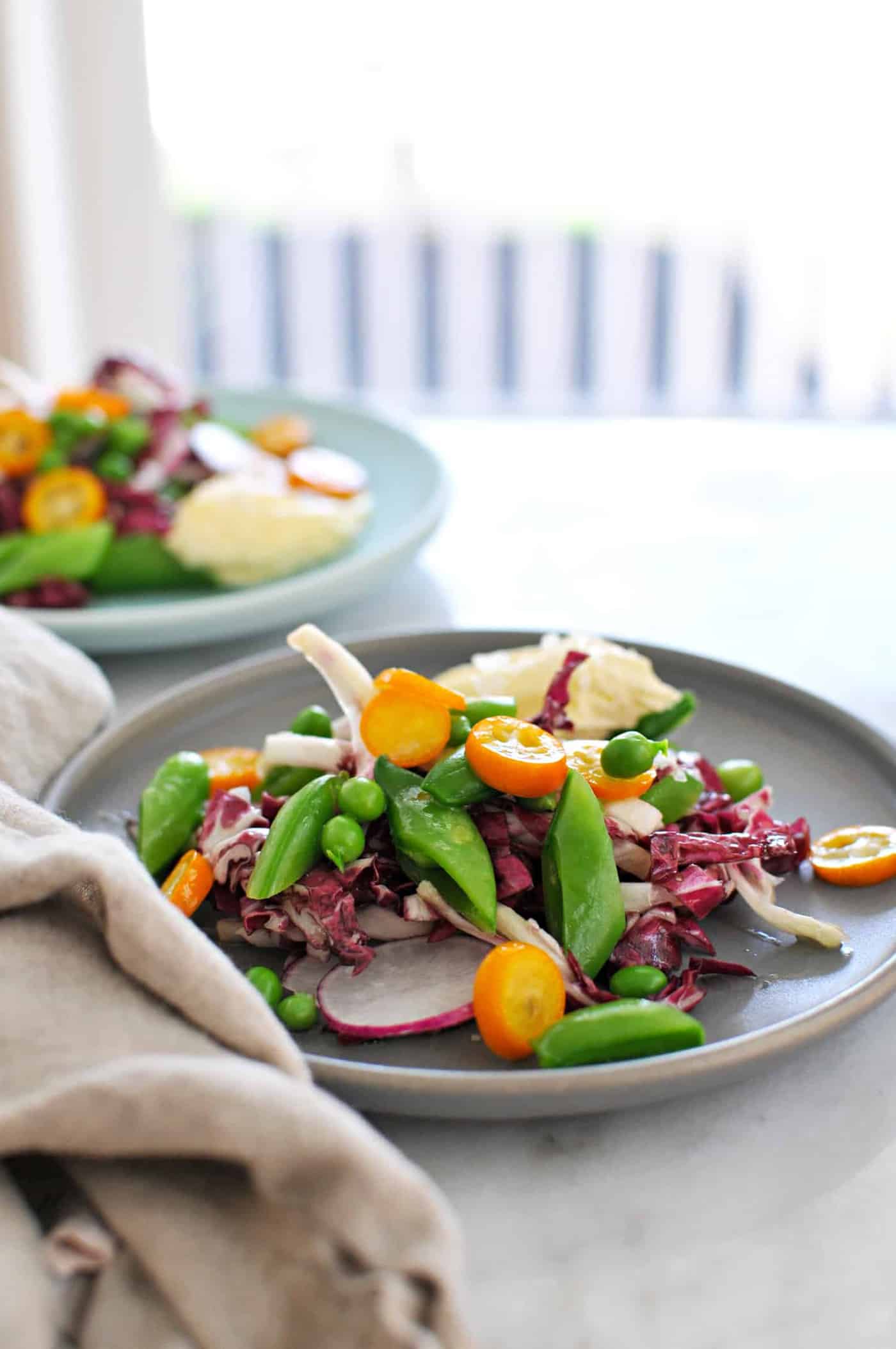 And then, quite suddenly, our relatively smooth little ride transitioned into something much more akin to that of a janky shopping cart. To be clear! On the spectrum of janky shopping carts, we’re not talking your run-o’-the mill, puh-thump puh-thump, “it’s bad but not bad enough to go back and get another” annoyance, no no. We’re talking full-bore, mind of its own, drowning-cat-sounds busted.

The evening after Lana’s birthday, I came down with crazy abdominal pain that I was certain was the return of some pesky ulcers but turned out to be appendicitis (appendicitis! who gets that!?), and within 24 hours of checking into Urgent Care, I was heading home with one less organ and instructions not to lift anything for 2 weeks. Ideal timing when Lana came down with a miserable fever just a few days later and wanted nothing but to be held for nearly every waking moment of the day. (I say this as if it was a burden, but let’s face it: I reveled in my toddler’s overnight descent back to babyhood and wanted only so badly to indulge her whiney, feverish demands. Thank goodness for strong-armed and game-faced grandparents!)

Anyway. In the hurried excitement of getting my last post out to you guys (Chocolate Chip Cookie Crisps! accidentally vegan and gluten-free, crunchy, caramelized and worth a gander if you’ve not done so already), and, uh, life, I skipped over posting a recipe that I developed the same week — and about which I received a buttload of DM’s on Instagram — so here we are. A word dump of everything we’ve been up to lately, and a faux-fancy salad that’s impressive enough for guests and simple enough for a no-cook, weeknight supper.

This salad was in every way inspired by a dish I had earlier this season at flour + water (it’s on my short list of must-eat spots in SF, if you’re ever in the city) and the bountiful produce shelves at my favorite community grocer in San Francisco, Bi-Rite.

The colors in this salad explode with spring, and the flavors follow suit.* Fear not the sweet n’ sour pickled kumquats or the whipped triple creme, both of which are infinitely easier than their descriptors suggest. Skip not the peppery radishes or the bitter radicchio, though you could sub arugula if it’s more readily available — and if you’re making this for kiddos or wimpier palate’d partners, by all means go the route of butter lettuce. A crusty baguette would be a lovely vehicle for mopping up any leftover vinaigrette from your plate, and a clear suitor for the cheese, as well. But on its own, I dare you not to find this salad equal parts rich and refreshing. And oh so very pretty. But you already knew that.

Here’s hoping the little one continues to ride the waves of change with grace and patience — or at least more of both than I often manage to muster.

*It was indeed spring when I first developed this dish, so I’m putting my own desire to share the recipe ahead of the Google search bots, who would advise me to get on with summer already! Authenticity, man. 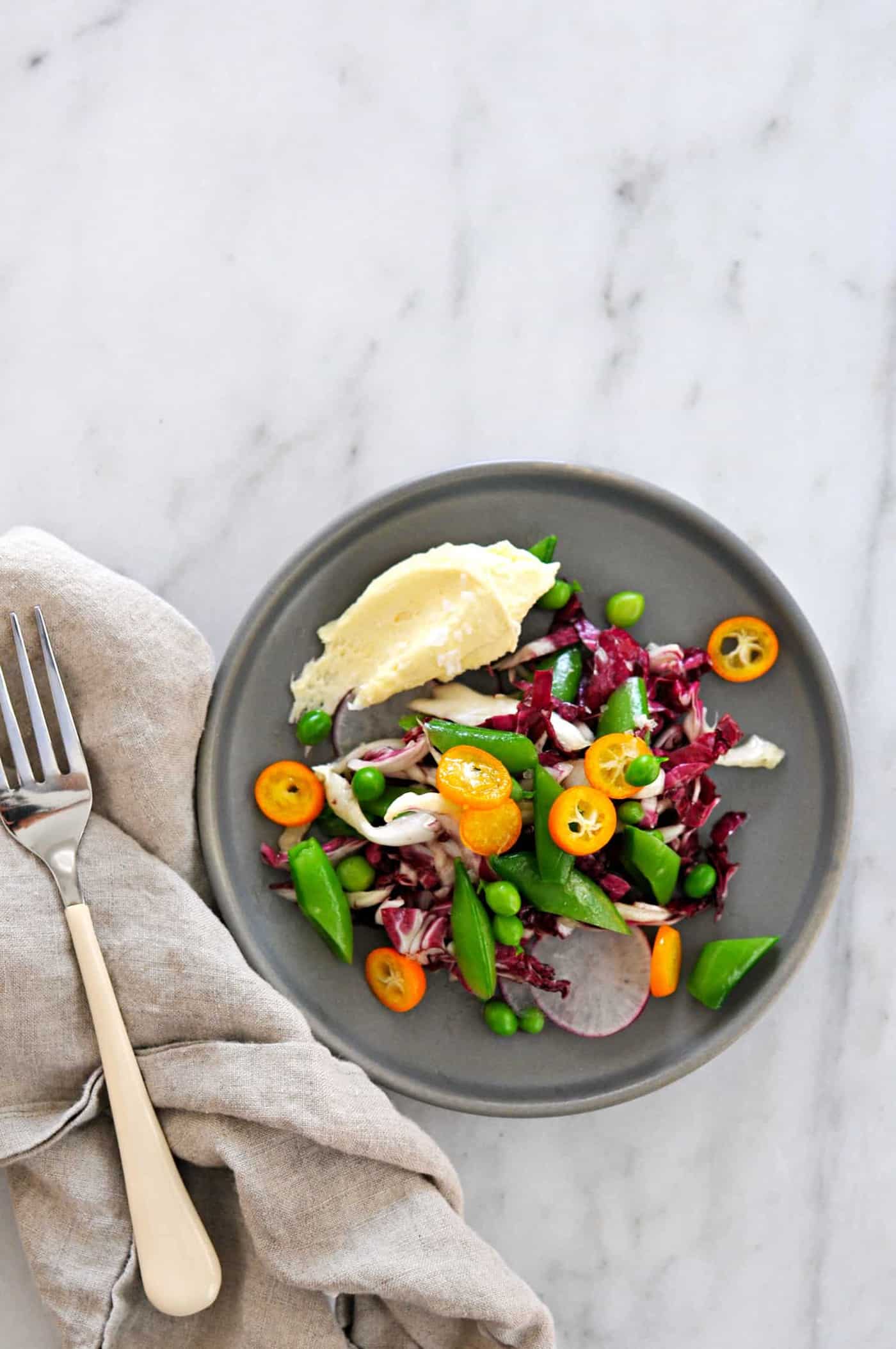 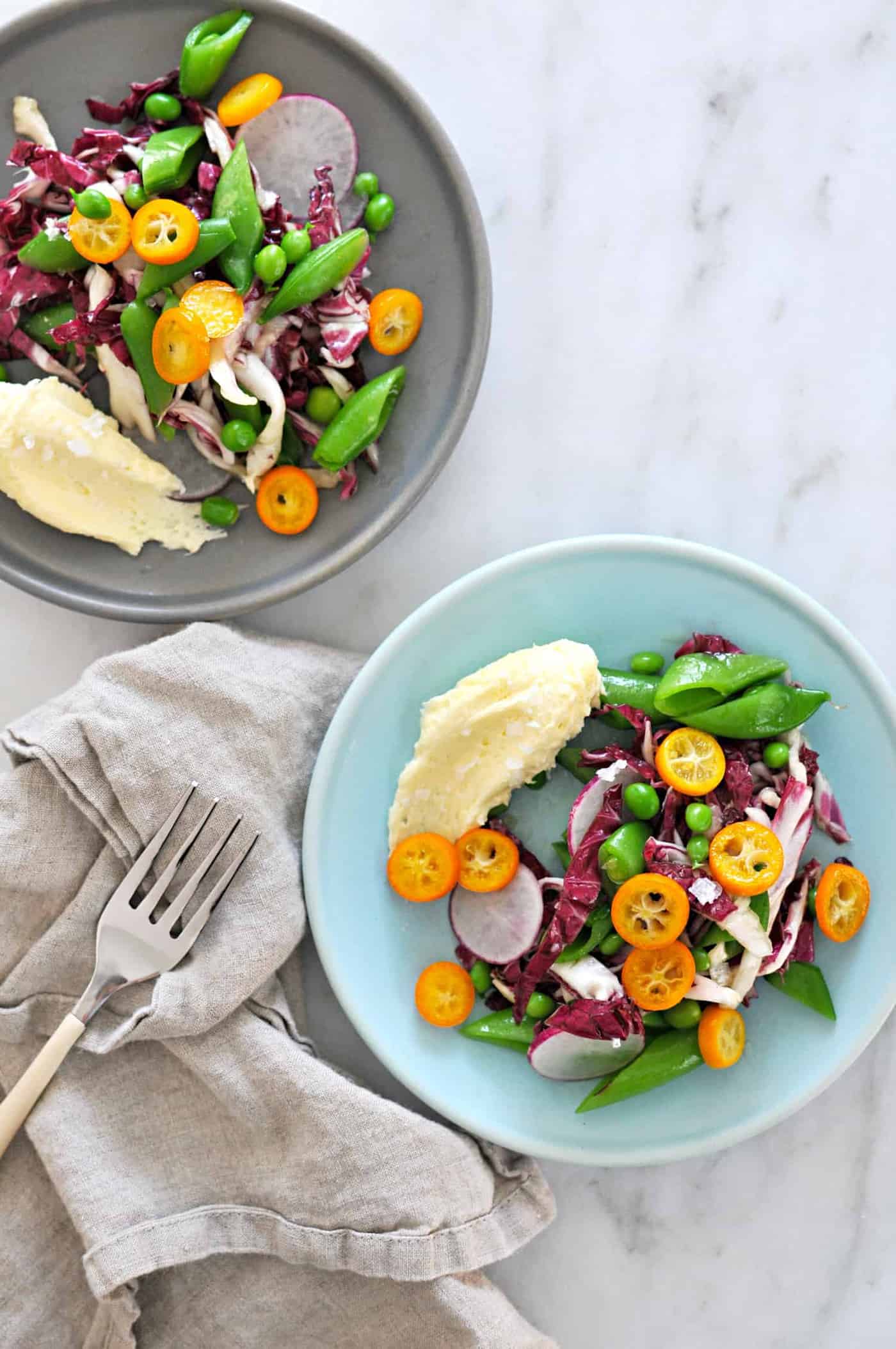 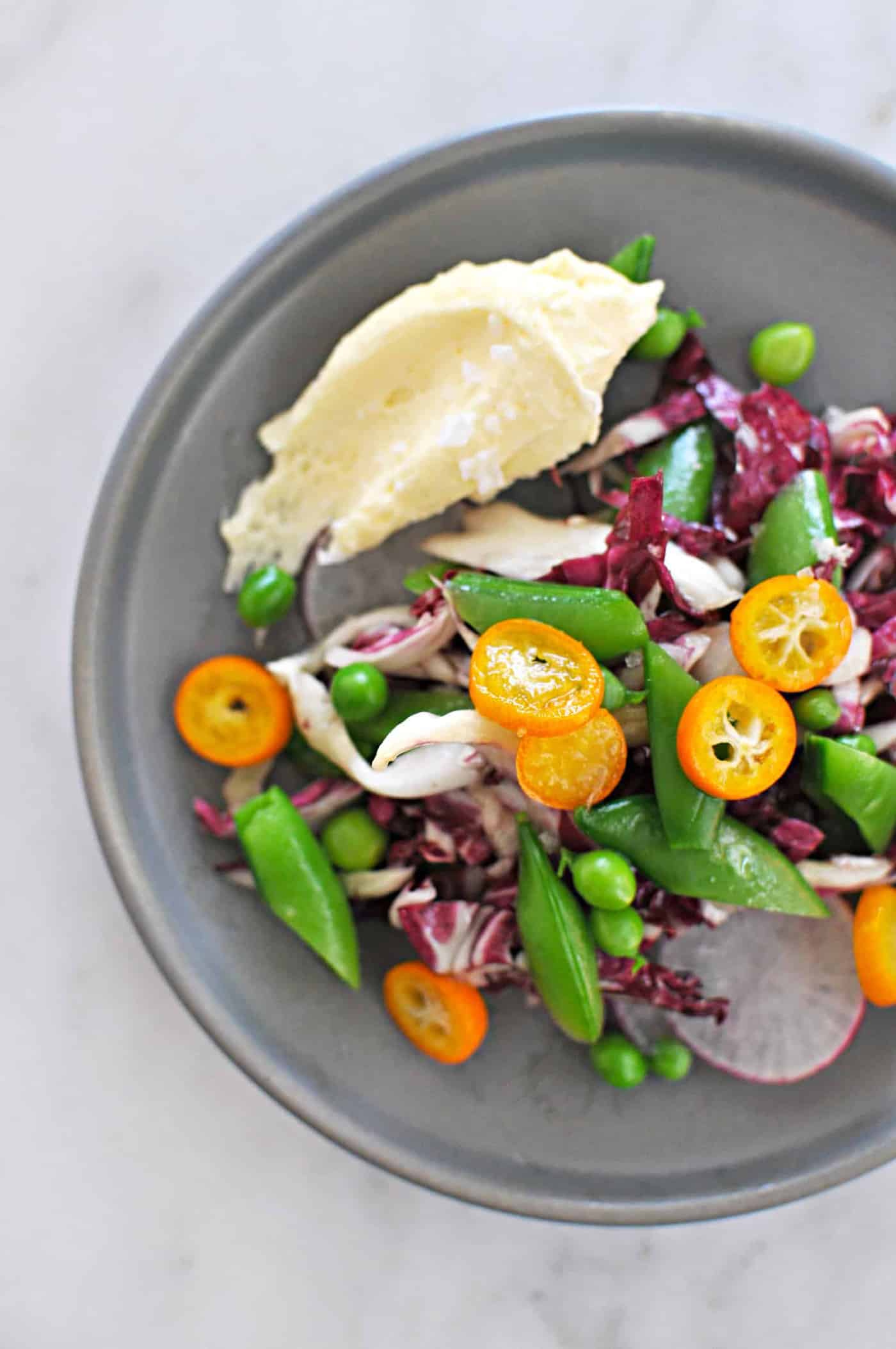 Print
Prep time
15 mins
Cook time
5 mins
Total time
20 mins
A bright and beautiful, lightly-dressed salad that comes together quickly and is impressive on the plate.
By: Emily Stoffel
Makes: 2 entree or 4 first course servings
Ingredients
Instructions
Notes
I know it seems blasphemous to do away with the brie rind in this application -- especially if you're spending a pretty penny for the good stuff. So reserve it! Stir it into your next pot of mac and cheese for an instantly-elevated comfort meal, layer it with other cheese remnants in an epic grilled cheese, or broil it on sourdough toast with fresh strawberries and honey.
3.4.3177
————————————————–