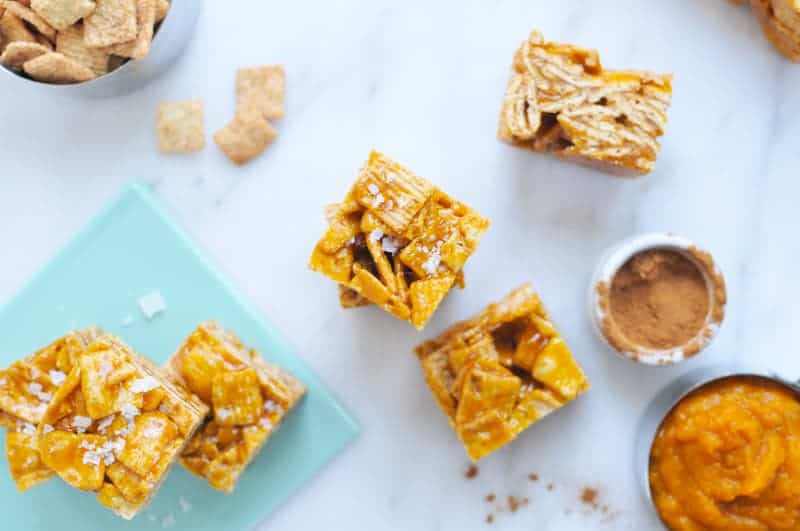 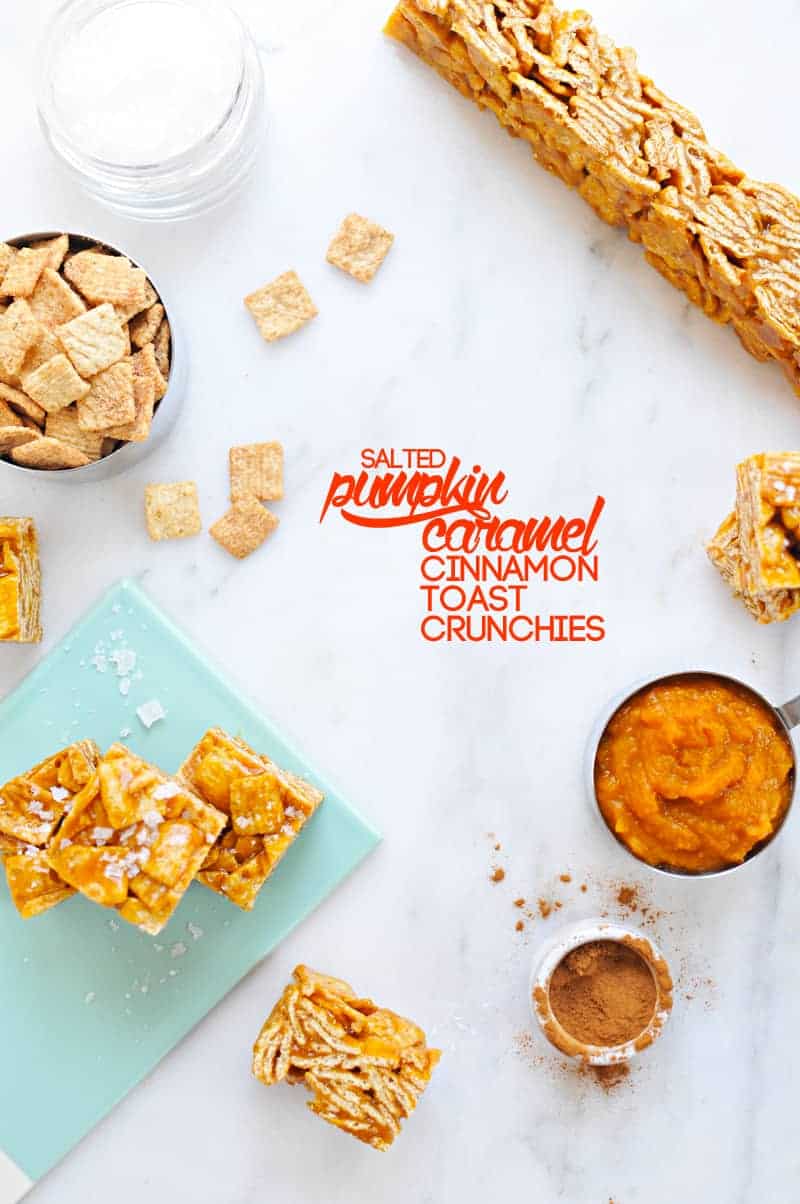 Hello hello! Quick one, today. In fact, I’m going to take exactly 30 seconds to tell you, via one extraordinarily long (though mostly grammatically correct) sentence, that tomorrow is the anniversary of my breast cancer diagnosis and that, if you asked me six months ago whether I’d give two shits about pumpkin treats come fall, I would have answered with a resounding “I’d give anything to give two shits about anything…” before retreating somberly back to bed — so I’m feeling particularly amp’d to report the biggest issues I faced this week concerned 1) ripping through The Handmaid’s Tale too quickly and 2) a toddler who refuses to wear shoes at the park.

Grateful doesn’t even begin to scratch the surface.
And now we can talk about pumpkin. 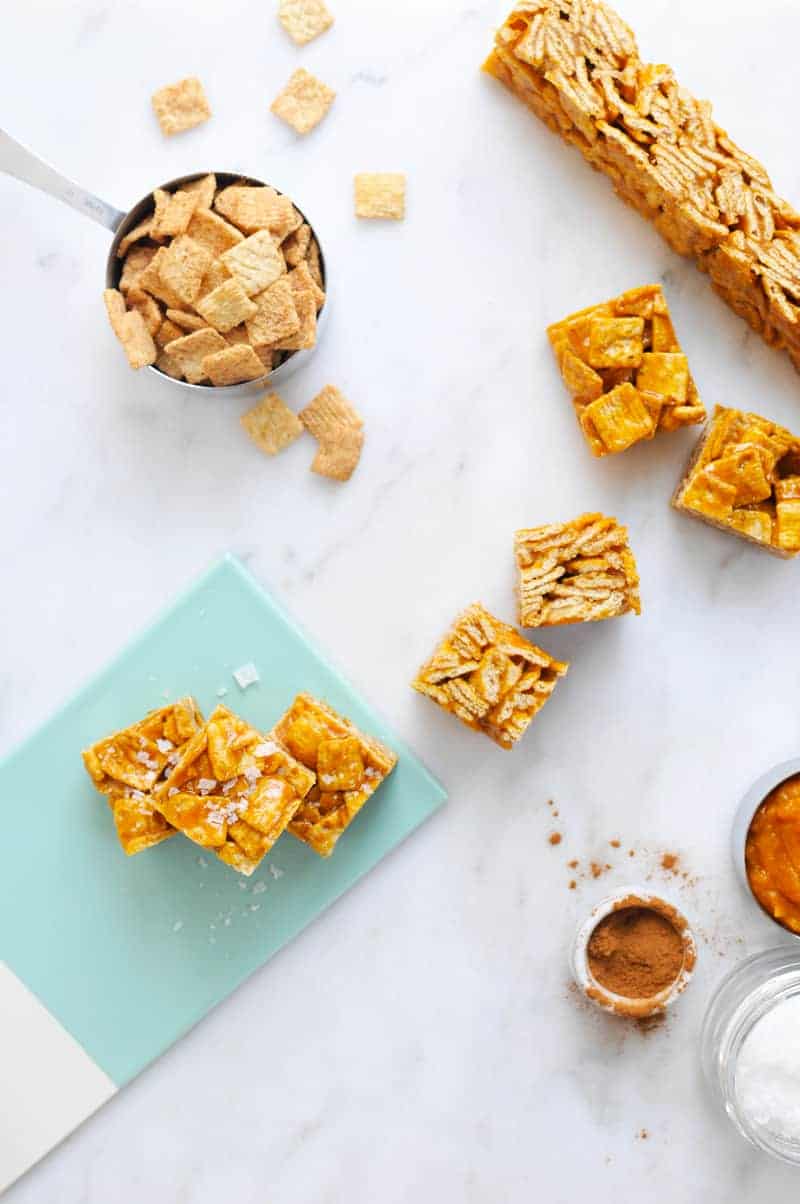 Earlier this year, at Lana’s birthday party, I made the executive decision to set out rice krispie treats in lieu of cake. And then to swap said rice krispies out for cinnamon toast crunch — and I haven’t look back since. Why this idea never crossed my mind before, I’ll never know. It’s no big secret that CTC is the most favorable dry-snacking cereal ever (ok, super closely tied with PB Crunch, but I mean, who sits down in front of the TV with a box of rice. freaking. krispies!?), so who knows why it’s not THE prevalent cereal for treat’ing, but it’s too good to ignore. Cinnamon-sugary. Browned-buttery. Ooey gooey. I can’t tell if the kiddo or the college student in me is more excited.

For fall, I toyed with a couple of ways to play up the autumnal C in CTC with a pumpkin pairing that’s as tasty as it is cliché, and this — a sticky, toothsome pumpkin caramel generously flecked with sea salt — is the clear winner. No more complicated than your average cereal treat (save for a quick blot of the canned pumpkin and a few more minutes on the stovetop), these are the only cereal treats you need this season. (If you hoard canned pumpkin like me, they might be the only cereal treats you need for the foreseeable future.) And though I make no claims about the health of these guys, I went outta my way to cram half a damn cup of pumpkin in the caramel, so they’re about as close to a vegetable as they’re going to get. Lana’s obsessed. (Shocking.) And so am I.

Here’s to a life as sweet as these babes, friends.
What a fucking year.
xo,
Em 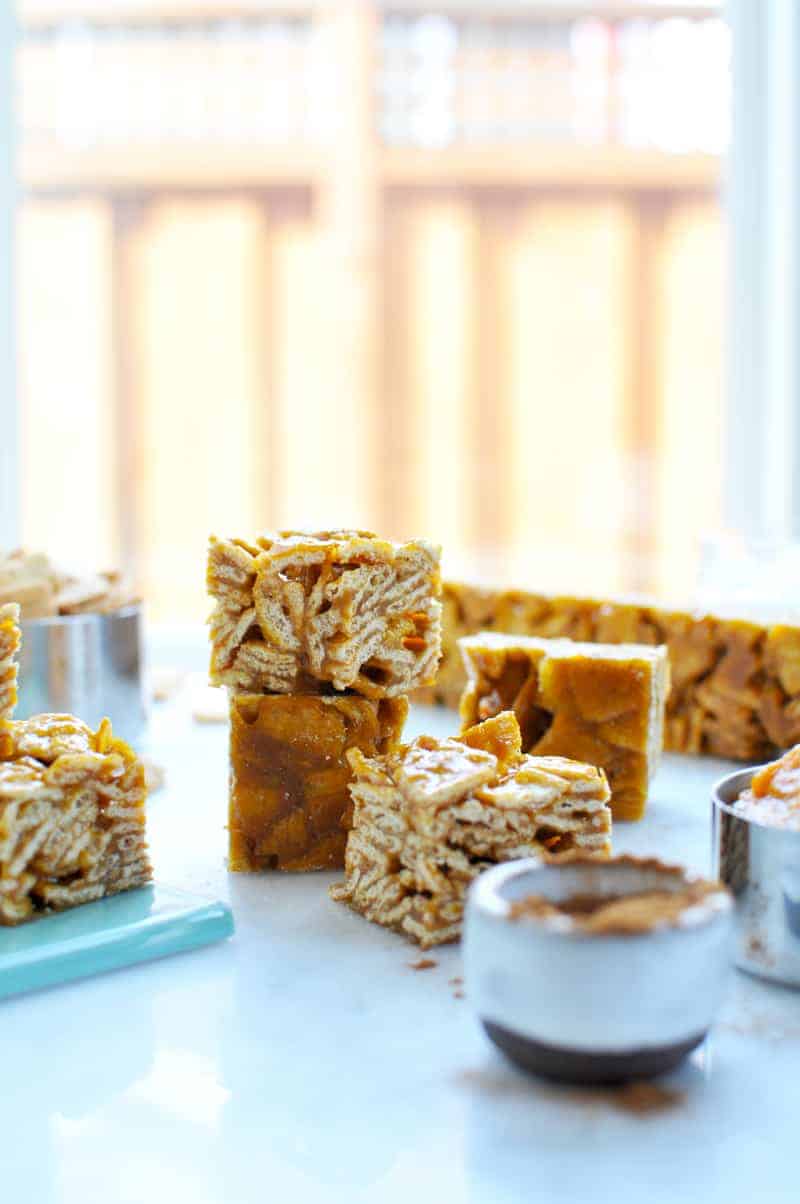 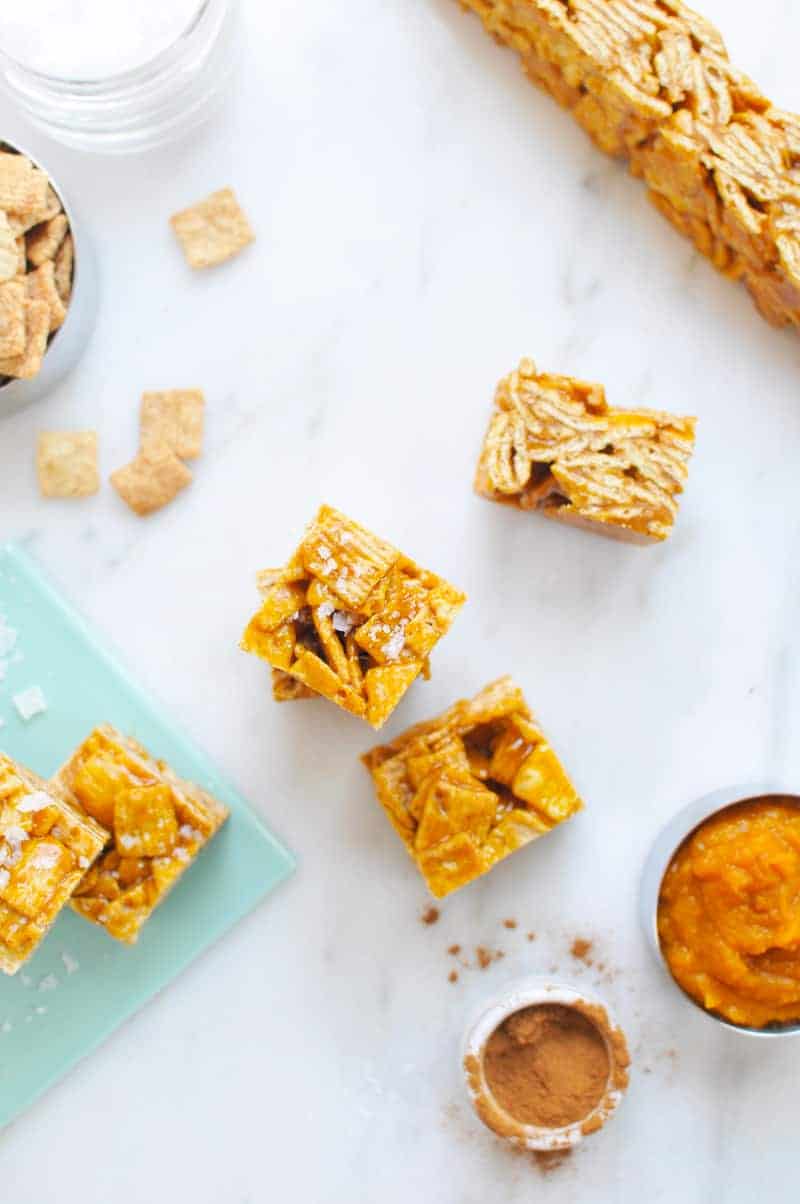 Print
Prep time
2 mins
Cook time
8 mins
Total time
10 mins
By: Emily Stoffel
Makes: about 16 treats
Ingredients
Instructions
Notes
This recipe is written for either a square baking dish (about 8x8) or a standard loaf pan. The baking dish will produce 16 more traditional, shallow treats; the loaf pan will allow you to slice the treats into 8 pretty, slender slabs that you can then halve into 16 petite bars. I've also made this (and other cereal treats) in a larger, 9x13 pan, pressing the mixture toward one side of the pan to create the exact size and depth that I'm after.
3.4.3177
————————————————–