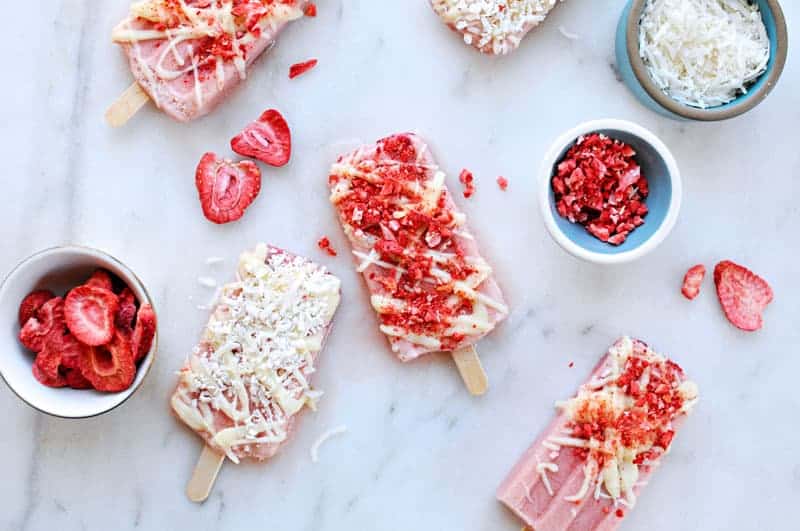 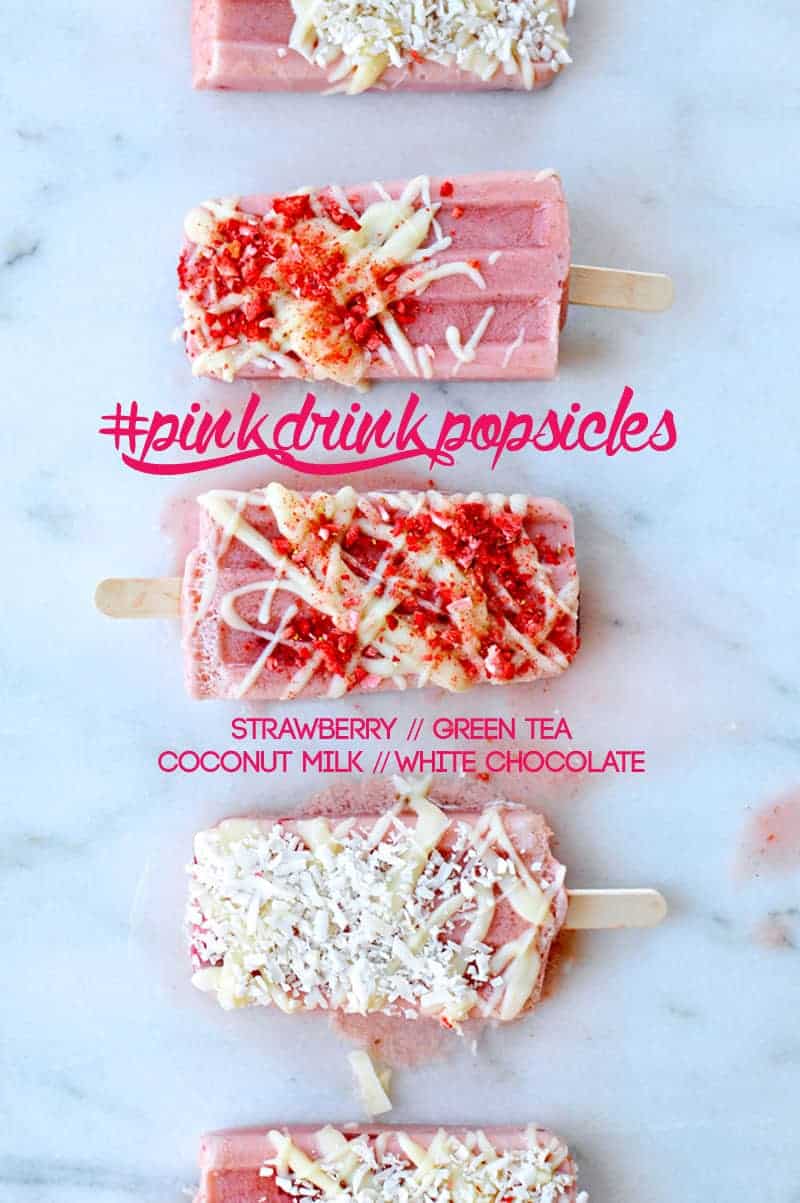 A reader once suggested that the journey to motherhood is akin to walking a labyrinth: a challenging 9-month route to the center, over the course of which that sweet babe grows in your belly, and an equally (if not more) challenging 9 month navigation back to the edge, or maybe more aptly the surface, where you can once again gulp the sweet air of independence and re-assimilate into the society you slowly retreated from, now a full 18 months later.

But the thing is, at 18 months (or rather, 9 months out), I still wasn’t quite there. The air still seemed a little thin. Most mornings were clouded yet by a film of anxiety over what the day might bring. That distinct meness I craved with such fervor was still only just out of reach, tickling my fingertips — ghostly wisps of my former self waiting to be reabsorbed back into my modified being. And I let it linger there, in the ether, taking immense comfort in its proximity and romanticising the day when we’d be one again.

Lana turned 14 months yesterday, and I can tell you: I think I’m finally there. Whole and happy and me. And not just me as in the new me, the mom me that I’ve talked about being before, but me as in the old me, too. The cynical, snarky, energetic, hungry me that Chris could probably sometimes do without. She’s come round again. And you know what did it? A birthday. 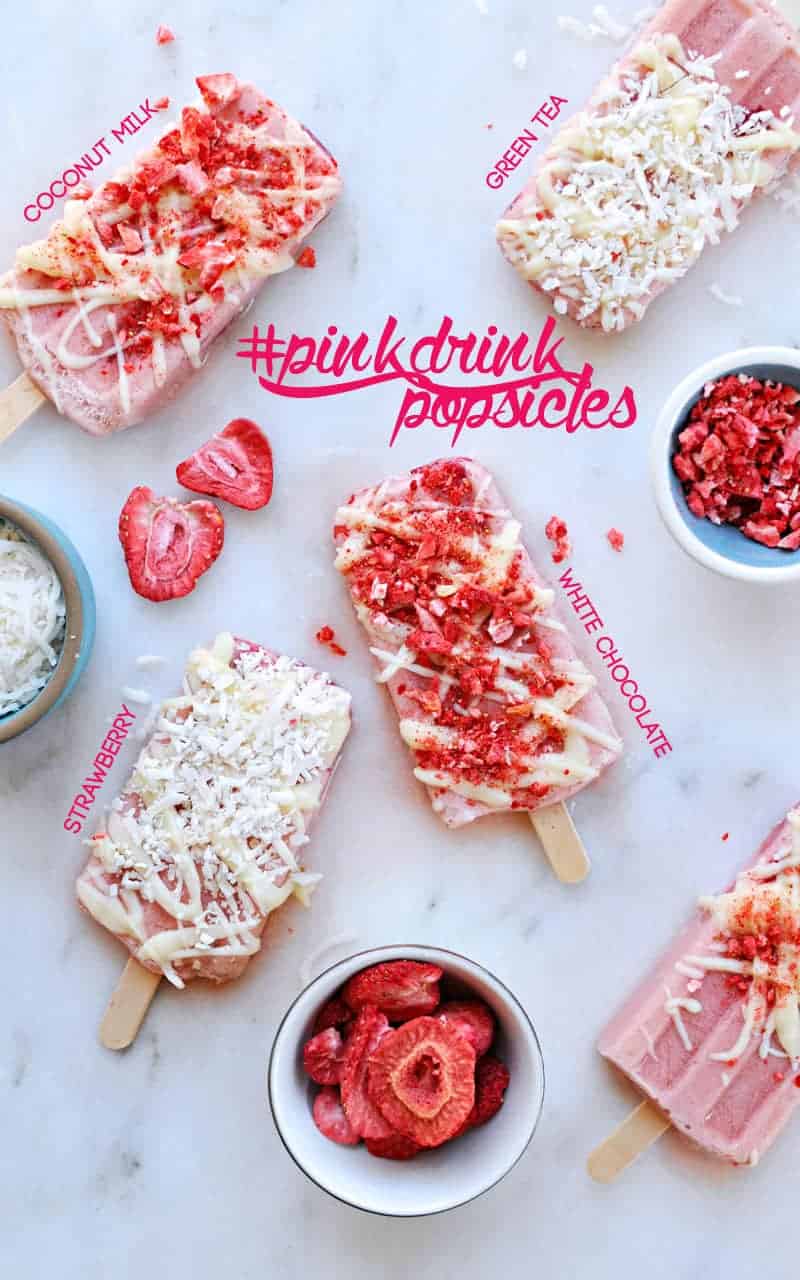 Earlier this month, Chris put a whopping 33 candles on my cake. It took him a full five minutes and 11 matches to set that thing afire, but he did it without singeing a single eyebrow and then triumphantly set it before me while Lana clapped along in a fiery trance. (It was a literal hot mess.) That morning, Chris had surprised me with several decadent hours at the spa, followed by a little family walk to get sandwiches downtown. For dinner, we ordered-in more sushi than we could possibly eat (which I impossibly ate), and as I sat there, bathed in the violent flicker of my diminishing youth, I realized: I feel pretty friggin’ great.

Somewhere in the past month or so, that underlying utterance of How’s this gonna go… kinda just turned into Here we go! and, lo and behold, the house hasn’t burned down. (Melted, maybe, because we’re sans A/C and it’s been all kinds of hotttttt around here, but no literal fires. I mean, aside from the birthday torch. And if that wasn’t gonna do it…) We drove down to Santa Barbara for a wedding last weekend, and despite Lana’s still undeveloped affinity for long-distance car travel, it was fine. More than fine. Almost pleasant. We kept her up past bedtime so she could eat mini kobe beef sliders and feed the giraffes (it was at the Santa Barbara Zoo — how freaking cool is that?) and she was no worse for the wear. To the contrary, she took it upon herself to start taking steps all by herself this weekend, as if to say, I, too can throw caution to the wind. 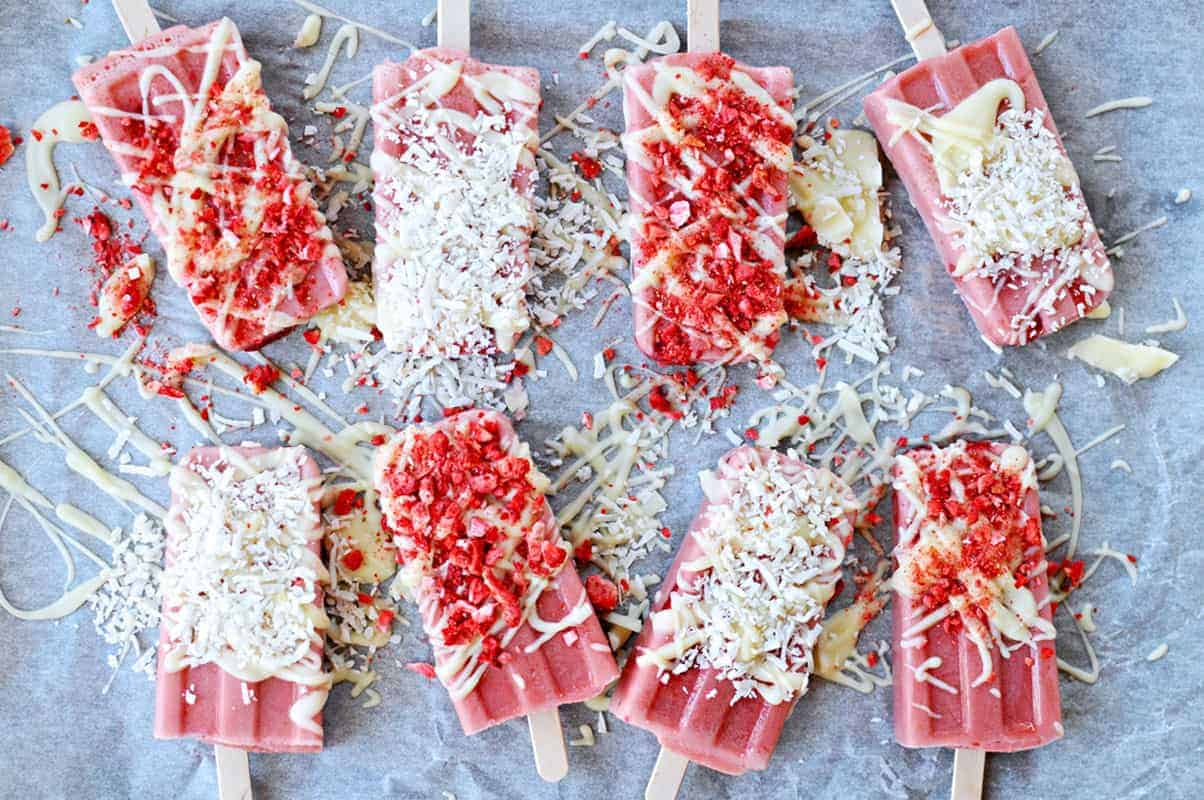 Oh, and then there’s the whole It’s Officially Summer thing, which it better damn well be, because — as I mentioned above — it’s hot as shit around here. For those of us still nursing a (now rather large) baby, that equals all the boob sweat, plus all the crook-of-the-arm sweat where you support their (also) sweaty little head. It’s neither pretty nor fun and all but requires immediate application of something cool and icy to the face upon completion. Like a popsicle, mehbes.

This year marks Billy’s Fourth Annual #PopsicleWeek bruhaha, and partygoers are bringing some serious game. I’m already feeling kinda sad about the fact that I didn’t go the way of a rainbow pop like Joyce or Jessica, both of whom are clearly cooler than me. Instead, in true millennial-on-the-old-side-of-millennials fashion, I took a trending hashtag and turned it into a popsicle. Does that make me despy? Maybe a little. Do you hate the word despy? Probs.

But bottom line: these pops are tops.

If you’re not familiar with the #pinkdrink moment that’s happening, it’s this thing where you order a Strawberry Acai Refresher from SBeezy’s with coconut milk instead of water, and it tastes like a liquefied Skittle. These pops, I promise you, do not taste like liquefied Skittles — or even like liquefied and frozen Skittles, because I know that’s what you were thinking. They do taste, however, like faintly sweetened (with maple syrup!) strawberries and coconut and they’re infused with just enough green tea to keep things light and lightly caffeinated and they’re generously drizzled with white chocolate and topped with more strawberries and more coconut because duh.

I mean, life is pretty good with one of these in your mouth.
But like I said, we’re doing aiight here, popsicles or not. 😉

p.s. Check out the full #popsicleweek rundown over on Wit & Vinegar. (Be sure to pop back often as new stuff is added every day!)
p.p.s. From the #popsicleweek archives: vegan PB&J pops, mexican mocha fudge pops, strawberry basil-mic ice pops!
p.p.p.s. a very (belated) Happy Father’s Day to all the pops out there, most notably my own Dad and Lana’s fave Daddy Bug! 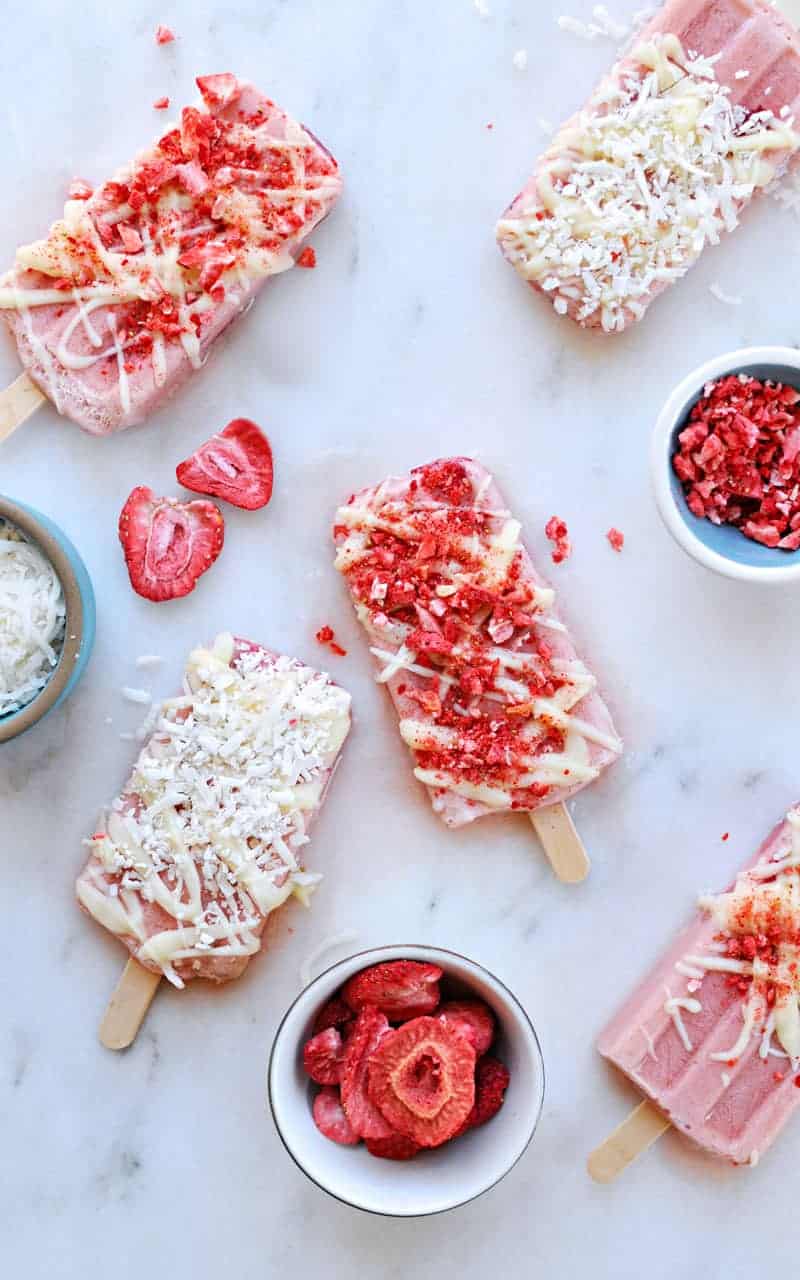 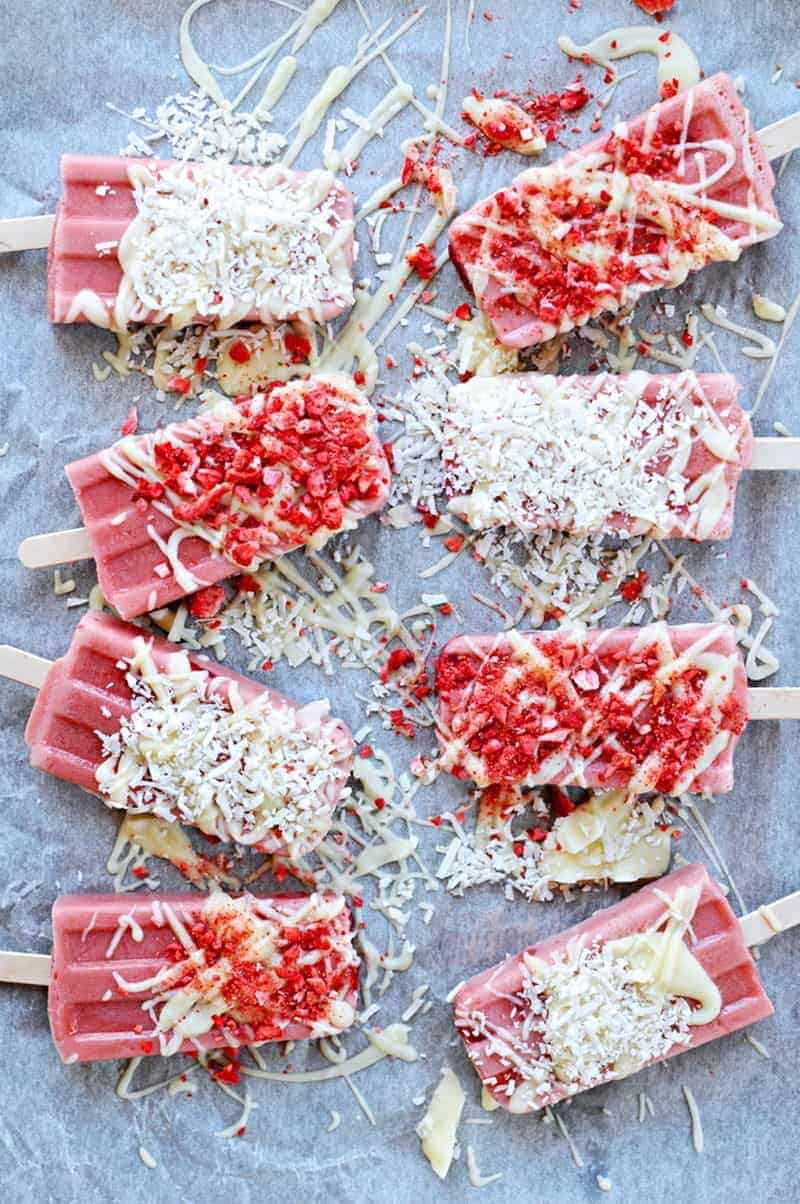 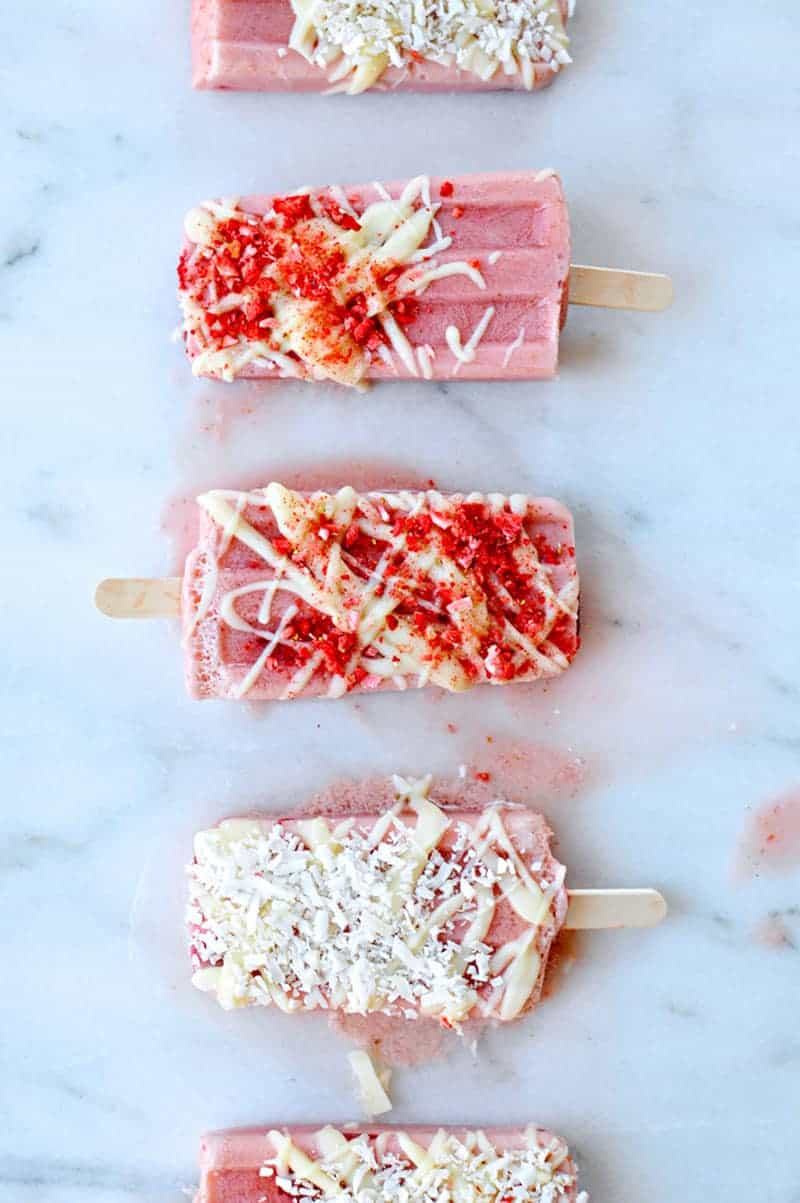 My first ever photo dump! A week of loving on our new little one, Eleanor Jean Stoffel — born at home on 3/3/22 at 5:07am and porkier than her sister by half a pound at 6lbs 13 ounces. 💕
39 weeks with this one. 🌸 Lots going on in the ol’ head about how rapidly our world and our dynamic as a family of three is going to change, but at the very core, we’re so curious and excited to see Lana transform into a big sister. Sometimes I wish we shared her more publicly in this space because she is becoming such a cool, smart, funny little human. And if this new one has half her personality? Well, we’re really in for an adventure between the two of them. ❤️
✌🏼out 2021, ready to usher in 2022 and all the change it promises to bring. 🥂
Not that giant burrito I put down for lunch (for once). 😬😅
All treats, no tricks! 🕸🦇🎃👻 These spooky, shortcut Pumpkin Spice Cake Truffles we made for @eattherainbow_kids’ #halloweenweek couldn’t be simpler -- just three ingredients (plus fun decorations), and they can be doctored up any number of ways. They make perfect lunchbox sweets, too.
Honestly, you could wear a shacket in Half Moon Bay every day of the year and no one would 🦇 an eye, but pumpkin season seems like a particularly good excuse to pull on something that’s equal parts cute, easy and autumnal. New post on @themomedit breaking down what’s essentially become both my weekend and weekday uniform. Link in profile (and stories, too.) Happy weekend! 🎃🍂🔮
#ad (21+) Only two more weeks until school starts over here and we’ve yet to see two consecutive days of sun, so I’m doing my best to capture summer in a glass with this refreshing twist on a Fitzgerald cocktail using @empress1908gin. Impressively sophisticated and (most importantly, to me, as I’m not the world’s most detail-oriented bartender) — easy as can be. Plus, that luscious hue! Here’s to making the most of these last couple weeks. Happy Friday, friends!
Nsale selfies time. It takes a village, folks — my best friend accompanied me to shop the sale in-store, my mom came out to help entertain the kiddo and everyone pitched in to keep all parties fed while I toiled away late into the night. All in the name of sorting through 6k sale items to bring you the best, most wearable pieces for fall. It’s a strangely cathartic, slightly stressful, super exciting time to be part of @themomedit team, and everyone pulls out all the stops to make what has turned into a bit of a chaotic sale as fun and easy to shop as possible. Weird gig but wouldn’t trade it. Link to my post in profile. ✌🏼
More or less took off the month of June, and I have zero regrets. Hugged and hosted lots of my favorite people, read during daylight hours, bought all the snacks. TBD on whether this very uncharacteristic boomerang on the ol’ feed means I’ve completely thrown in the towel on the algorithm (and aesthetics), but I am giving fewer and fewer you know whats.