TGIF! I’m a scotch underwater with lots on the plate in both the work and play worlds this coming week (note new biz cards above, whAt whAt), so I’ll take a quick sec to ask for forgiveness if things slow down here for a bit.

Seems we’re long overdue for a completely schizo Pigpen roundup, so before I go:

1) Wanderlust. Yep, that quirky movie with Paul Rudd at his awkward best and Jen Aniston. Have you seen it? No? Let me tell you: do it. Well, ok, don’t do it if you’re sensitive to language or raunch. Clearly I’m affected by neither. The mirror scene is obscenely hilarious. I cried while watching it and then again while overhearing my pals watch it on YouTube when I was driving us to lunch today. We almost died. 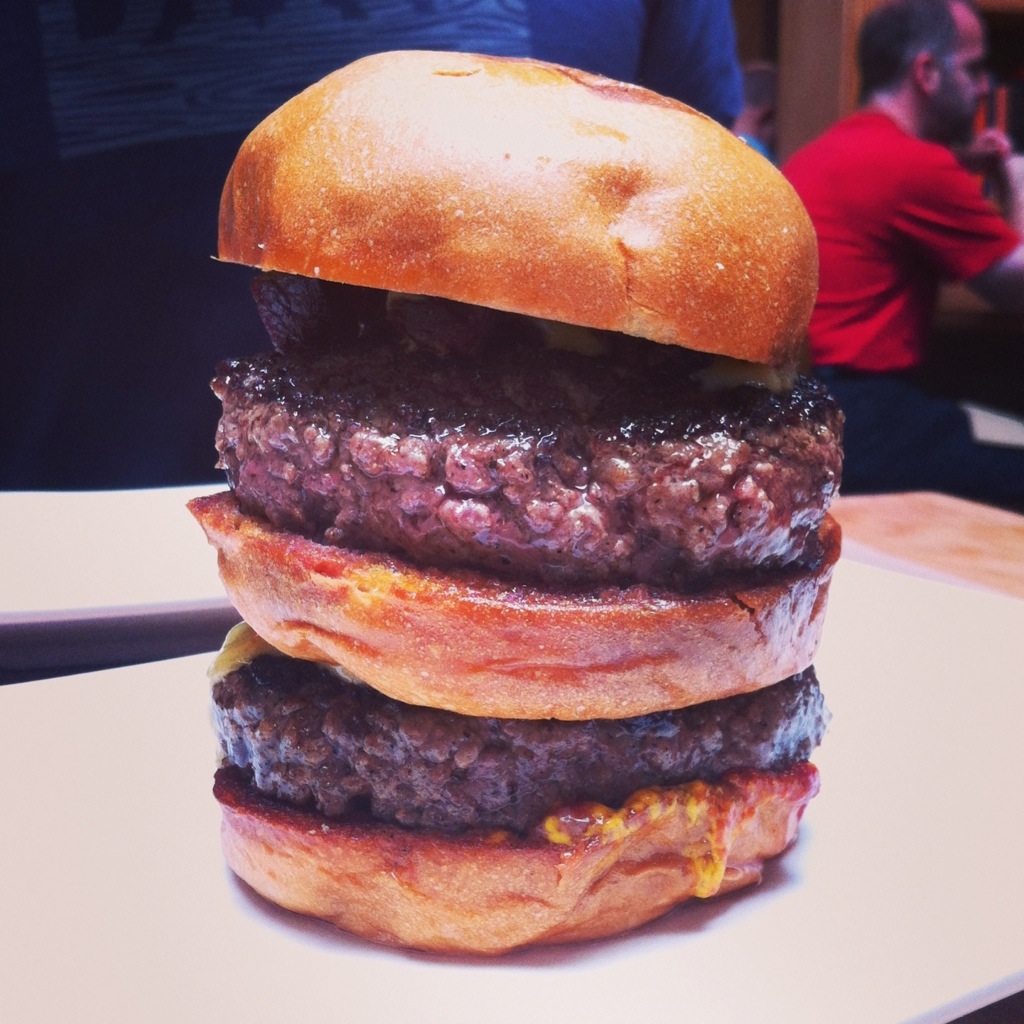 If you’ll pardon the blasphemy, it’s basically the Big Mac of Umami Burgers, but furgin’ awesomer: two burgers, middle bun, bacon, beer cheddar, minced onions, pickles, mustard and house ketchup. I don’t often mention restaurant food on this blog, so that should speak to the tastiness of this creation. With fried pickles and cheesy tots (if they’re not on the menu, ask), it’s a meal two can share. Check it out if you’re in Umami territory.

3) And last but not least, the winner of the sweet lil contest I posted earlier this week. Big thanks to Ann, whose response to my “help me with lodging in NYC prompt” was:

“My husband and I are going to New York the first week in May and I have started to research where to go and what to eat. We’re staying at the Marriott Marquis on Broadway near Times Square because we can use points for the room instead of $$ but it also puts us within easy distance of Central Park, museums, and the subway if we want to leave the city. The two restaurants that I really want to try are Pastabilities in Syracuse (may be too far out of the way for this trip) http://pastabilities.com/ and Pies ‘n Thighs in Brooklyn.http://news.piesnthighs.com/ Both look great! Other places we want to go to are Katzs Deli and John’s Pizza. We’re trying to do the trip on a budget so we probably will not go to any of the celebrity chef restaurants but I’d love to see Chelsea Market and Eatly! I’m not sure how to make this a challenge but I’d love to see your take on a classic Matzoh Ball Soup. Maybe a vegetarian version of it?”

I thought your comment was pretty rad, Ann. We still haven’t booked a spot, but I loved your suggestion and promise that a veg version of matzoh ball soup will be making an appearance here soon with your name on it. As a bonus, you’ll also receive a care package of hand-selected goodies from yours truly. Keep you eyes peeled for an email, yo.

Now, without further ado, I’m off to prep for tomorrow’s brunch/photo sesh with the fresh-from-Hawaii Cristin More before launching into a week chock full of activity.