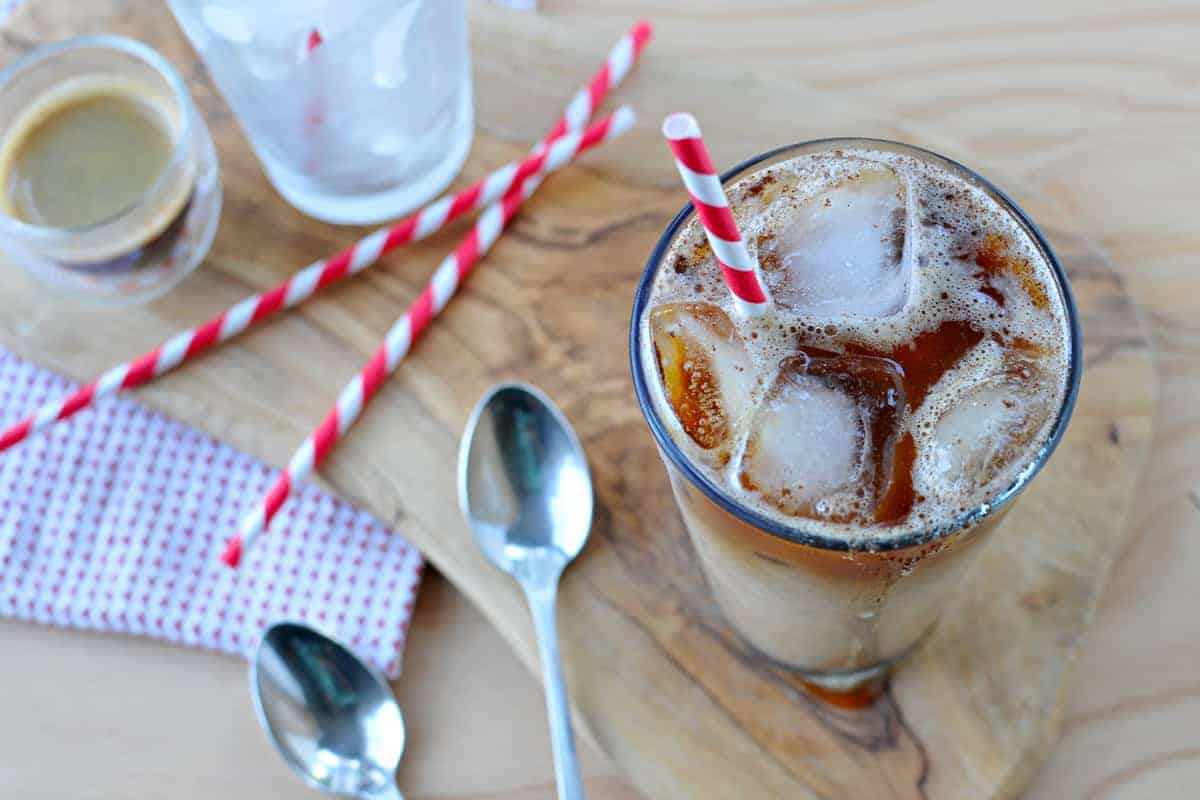 Ohhhhh look, we’re back to Pumpkin Hoarding 101. Today’s lesson: put a straw in it!

I’m not even going to pretend that there’s anything original about this recipe for Pumpkin Spice Lattes. Uuuurbody knows that, come October, Starbeezy’s put’s the ol’ “It’s baaaaack!” sandwich board out on the sidewalk and the ‘Bucksnuts start raging. It’s become a downright frenzy. There are websites that count down the days to holiday beverage season. And let’s just be frank about it, people. The marketer in me is pumpkin with envy.

But instead of dissecting the marketing genius that is the Pumpkin Spice Latte (I mean seriously, can you imagine the mils some fool is raking in offa that shi?), let’s just cut right to the chase and dissect the latte, itself, okie dokes? So much easier. Way less nerdy. And since this rendition is so freekin’ simple, we can deliver the punchline (that’s the part where you get to sippin’), like, yesterday.

1) You got your unsweetened vanilla almond milk. Dairy-free makes lactards smile. Yay! Make your own and be an even bigger rockstar.
2) Cinnamon. (Spice. Duh.)
3) Maple syrup. Just a bit, because it’s so earthy, aromatic and caramelized — and it’s a heck of a lot easier to swirl into an iced drink than sugar or honey. Also: hello, fall.
4) Pumpkin. Whereas the coffee shop version just tastes like pumpkin spice, this one’s got the real deal going on. Pumpkin AND spice. See what I did? I tricked ya there. Because, clearly, this is a health drink. Clearly.
5) Espresso. Your fave kind will do the trick. We do the Nespresso thing, but if you want to geek out over tamping and pulling and all that artsy stuff, go to town, buddy! I’m totally impressed.

Measurements and deets below.
Cheers!

Note: Got kiddos, or just jonesing for pumpkin sans caffeine? The icy spiced pumpkin almond milk is just as tasty without the espresso. Two drinks in one? Hooray.

Fill two large pint glasses with ice. Combine almond milk, cinnamon, maple syrup and pumpkin in a blender and blitz briefly to combine. (Alternatively, whisk together in a large bowl.) Divide evenly between glasses. Top each with a shot of espresso. Put a straw in it!