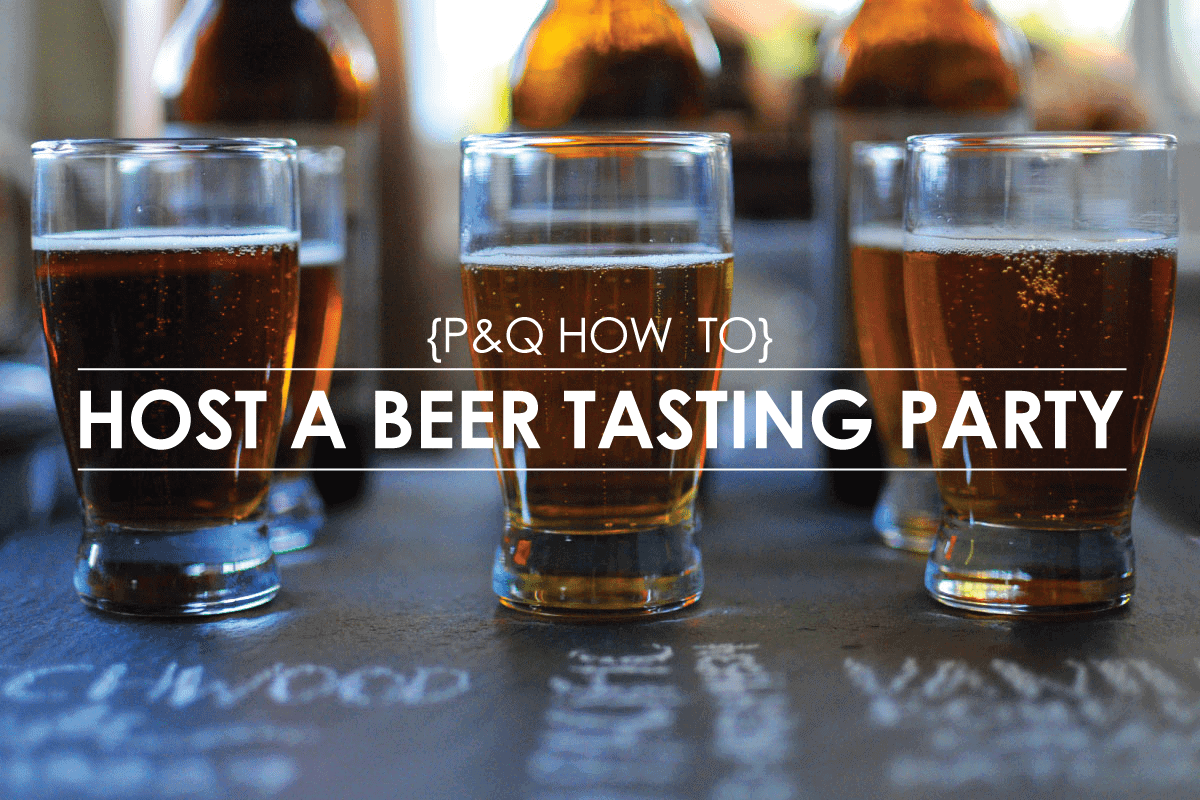 Disclosure: I participated in an Influencer Activation on behalf of Millennial Central for Budweiser. I received product samples to facilitate my review and a promotional item to thank me for participating. As always, I recommend only those items that I truly find to be a good fit in The Pig & Quill kitchen, and any opinions expressed across the site, be they negative or positive, are 100% my own.
————————————————–

Well howdy, friends. I hope everyone in these ‘ere United States enjoyed a lovely Thanksgiving holiday. Knowing that there are people out there — family, friends and some wonderfully loyal, creative and funny folks that I’ve never met! — reading my jibberish is one of the most humbling feelings in the world, and it’s such a special experience creating this space with all of your support. So if I’ve not said it before, this and every year, I’m SO THANKFUL for this, our little P&Q community. Love you guys. Now, on with the post!

Last year, Chris and I hosted a little Friendsgiving shindig before the holiday weekend — just a casual get-together for those dear friends we consider family but wouldn’t be Giving Thanks with on the big day. And this year, we wanted to do something similar. Of course, between the daunting task of staying local for Thanksgiving and too many marathons of Breaking Bad, I Couldn’t Be Bothered (that’s CBB, for the hip folk) to get too elaborate, so we let the booze do the heavy lifting and did more of a Cheersgiving. Beers, small bites, and lots of excuses to toast our many, many blessings.

A couple of weeks prior, Budweiser sent me a nifty little tasting box featuring three of their newest Project 12 creations, which is Budweiser speak for fancy new special edition beers that are no doubt crafted to appeal to more uppity beer drinkers’ discriminating palates. LUCKY FOR BUDWEISER, I’ve got some of the uppityest beer drinking friends around! And they were more than game to kickoff our holiday hijinks with a flight of tasty American suds.

Each named for the zipcode in which they were brewed, the three Project 12 special edition lagers that we tasted at our party included (as described by Budweiser):

Guided by Budweiser’s tasting notes and trusty Google for pairing recommendations, we loosely built the rest of our “menu” (aka lazy-person’s Trader Joe’s shopping list) around each beer’s individual characteristics:

And the final verdicts?

Of course, we all agreed that beer tastings are just downright fun…

So, wanna host a beer tasting of your own? While fairly obvious, it doesn’t take much to pull together a fun event around which to build your next gathering.

Hope you guys have fun experimenting with a beer tasting of your own — this holiday season or any time of year. And again, MANY THANKS to all of you out there for reading, following and sharing my little spot on the web. So much love to you and yours this holiday season. Cheers!!!

3 Comments on “Happy Cheersgiving! (and How To: Host a Beer Tasting Party)”