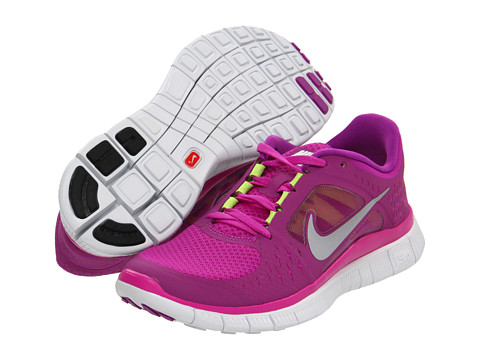 Hi friends. This Sunday, having completed one of the longest (if not the fastest) runs in my short career as a wannabe jogger, I thought I’d take a break from food for a moment to talk about something that is so closely associated with food, sad as it may be: fitness. More specifically, I know there are thousands of foodies out there (granted, they probably don’t read The Pig & Quill!) who swear just as much by their fitness regimen as they do their vast culinary prowess — and the thing is, I am not one of them. Or at least not really.

But I always like to hear how fitness factors into the lives of these follow porkers (pet name, not an insult), so I thought I would take a not-so-quick stab at doing the same. Here goes: my running story.

By now you may have gathered that I like to eat. A LOT. What I’m not so keen on doing, either a lot or even a little, is exercising. I get a little cardio in here and there walking back and forth from my desk to the kitchen at work. And we have a bouldering wall in our office warehouse that I probably burn 25 cals or so a week floundering around on. And occasionally Emily and I (BTW, she’s a friend, not my same-named alter-ego; that would be alter-egotistical) will hop on a couple of cruisers to make a lunchtime trek to the library. But other than that — and maybe a home fitness DVD or an easy, 10-mile loop bike ride with the hubs once a week — I’m not great with regular exercise.

And the thing I really blow at doing regularly, or well, for that matter: running.

Wow, if there is one thing I am clearly not designed to do with any grace, style or modicum of efficiency, it is running. I get red in the face like I just chased a shot of tequila with a handstand. I wheeze. My legs grow heavy and I fall down. I get all sausagey in my fingers and I don’t know what to do with my arms. I’m dreadfully slow. It is, in fact, such a train wreck it’s a wonder I don’t take the rest of the running world down with me when I set out for a Sunday jog. I am possibly the world’s worst runner. So why do I do it?

It’s not a totally unique story. Until a couple of years ago, me running would had to have involved an armed attacker, or maybe a slow-moving food truck slinging elephant ears. (Why are those things so effing good!?) And then this little thing called a wedding got slapped on the calendar, and Chris moved 2,000 miles away to get our post-wedding life pulled together back home in CA, and I found myself waking up alone, attempting to sell our house and pursuing a bridal figure all at the same time — and running just kind of happened. It was free, something to do when I was bored, and because Chris had started running in CA, it was something we could do together apart. Was it fun? Not really. Did it feel good? Let me tell you, in 90 degrees and 80% humidity, nothing feels good. Did it kickstart me into the best shape of my life? Nope. It was just something to pass the time, and no matter how poorly I ran, the adrenaline helped stave off the afternoon mopes most of the time. So that’s how I used running: as a sweat-soaked, crappy distraction that somehow curbed that urge you get to cry when you know everyone you love is in your corner but you still feel like you’re on that fair ride where you’re strapped to the inside of a round, spinning cage and the bottom drops out.

If that’s not some kind of screwed up therapy, I don’t know what is, but it worked.

Fast forward two years to reunited, married life in temperate CA and running still sucks. But I still do it. I don’t do it regularly; sometimes it’s a few runs a week, sometimes it’s a few runs a month — and then there are weeks and months where I don’t run at all. But I do it enough to appreciate the good runs (believe it or not, some of them actually feel good at the end!) and to acknowledge that at least I get through the bad ones without quitting. It’s still painful, I’m still slow, and I still feel a little angry when I’m lacing up my shoes, as if I have someone to blame other than myself for the run that is about to take place. And while the humidity is absolutely manageable, there are new things to hate here, like the fresh-faced twenty-somethings that stride past me like it ain’t no thing, all glowing cheeks and swishy ponies and perfect little Lululemon butts. They, alone, torment me perhaps more than any other aspect of running.

But they also kinda of fuel the fire.

I’m not saying I’ll ever be that twenty-something — and not just because the age descriptor, alone, is falling further out of reach. I’m not even saying that I will ever like running as much as most people who make habit of the sport tend to. But I’ll tell you what: there will always be a reason for this girl to benefit from a little good ol’ fashioned therapy. And if that therapy doesn’t take the form of something truly old fashioned (donut and/or cocktail, your choice), running might just be the next best thing.

So runners or athletes of any sort out there, tell me: what is your running story? How do you do it?