Have you noticed it seems I’ve taken a little vacay from the kitchy kitch (eeek, sorry) lately? I have, I know, and it’s got me a little down. These past couple of weeks, our dinners have revolved around things like enormous salads, frozen ravioli and scrambled eggs. All delicious, of course, but hardly interesting fodder for a food blog.

Which…
Which! Makes me positively giddy to announce that today I’m stepping back into the kitchen to test a whole buncha new recipes to share in the weeks to come. There’ll be more sweet potato goodness (as if this and this didn’t already communicate my sweet sweet sweet potato lurve), some smoky black bean action, maybe even – gasp! – a baked good. Like the sweet kind that a normal person might refer to as d-d-d-de-de-dessert. There, I said it. Whoa.

And bacon.
Of course there’ll be bacon. What kind of swine-snuggling hippie do you think I am!?
No offense. I love my veggie babes.

In the meantime, while my oven preheats (heh), how bouts we play a little catch-up about my fam-bam weekend in Sacto? Because it was one of those weekends that reminds me how much potential Sac has to rock the grubby toe-socks off of pretty much Anytown, USA.

Yes, I love my Bay Area, but if I had to write a love letter to any one city, it’d be Sac that’d steal my quill.
And then ride away giggling on a fixie bike. 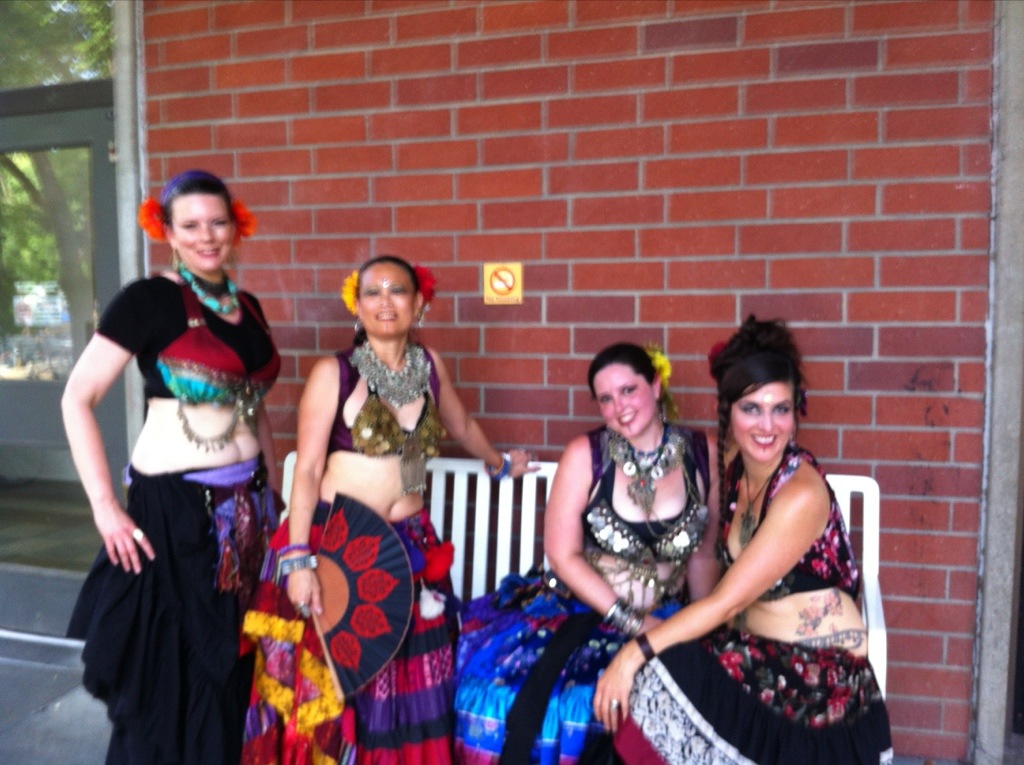 There’s just so much to love. Like my belly dancing auntie and her fabulously bedecked troupe. (Terrible picture, sorry.) This was at the Whole Earth Festival in Davis. Have you guys been? It’s a trip. We go almost every year. Another big bonus from this year’s outing? Momma bought me new sandals from the one-armed man. (Ok, the one-armed man’s son-in-law.) I urge you to read the whole story here, and then find a hippie festival-slash-craft-fair stat and pick up a pair. For $60, they’re better than any other leather flippeh-floppehs on the market. They have Vibram soles. Things are legit. 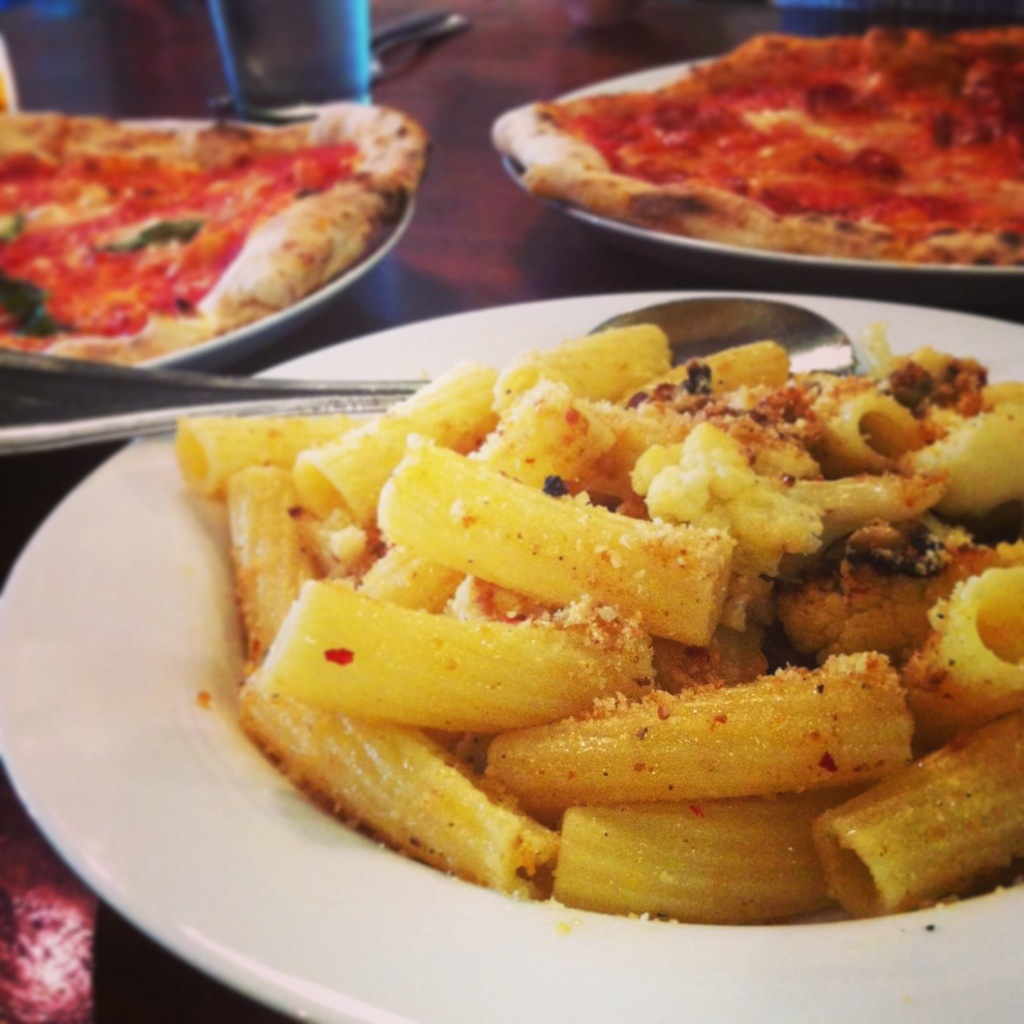 We also finally visited the much raved-about Masullo Pizza in Land Park. This place is a stone’s throw from my mom’s house, so I’m not sure how we’re just now trying it out, but it’s been on my radar for a while. Super thin and blistered yet still-chewy woodfired pizzas. Awesome, simple pastas highlighting seasonal favorites. And an ice cream sandwich (featuring Vic’s vanilla) that comes darn close to that of Jeni’s in OH. Yep, I went there. It’s worth noting that Chris Bianco, of Phoenix’s famous Pizzeria Bianco, gave Masullo’s pizza his stamp of approval. Given that Bianco turns out The Best Pizza I’ve Ever Eaten (I’m sure a NYC slice will test this theory next month), that’s a pretty big endorsement.

Moving on. Ready for a quick lesson in Sacramento dim sum?
FACT: ABC Bakery has the best baked bao in town. The basic BBQ pork is melt-in-your mouth delicious, but the curry beef is where it’s at. Aromatic and delicious. Feeling like you want a little more pastry with your beef? Go for the Curry Beef Stuffer and you’ll be treated to a fat triangle of flaky, savory perfection. Side note: sadly, I think it’s been renamed as a Turnover.
FACT: ABC Bakery expanded into the place next door and now sells take-out dim sum. A basic assortment, some of which they already carried, but now marketed in a much dim-summier way with several industrial-size metal steamers right up front and center. The siu mai is generously sized, porky, juicy, and pleasantly studded with questionable bits. The har gow is plump with whole shrimp and features a rice wrapper that was neither too thick nor too thin, too hard nor too soft. I HATE mushy-mealy har gow, so this is near perfect.
FACT: This sentence you are reading now is effectively compelling you to forget the two items discussed above. You will not go to ABC Bakery, for it is mine, all mine. Oh, you say you’ve been sipping the vervain and this message has no effect on you? Well aren’t you tricky. And also awesome for knowing WTF I’m talking about. You may have one dumpling.

Also, have I expressed my nostalgic love of almond jello? That refreshing Chinese-American treat made almost solely of sugar, agar and almond extract? It was a go-to dessert at my Paw Paw’s house, usually chilled in a glass baking dish and topped with canned fruit cocktail. To this day it’s one of my favorite sweets. Happily, Chris loves it, too, so my mom had an entire dish waiting for us. Yum.

The weekend wrapped, in classic FongStof style, with a buffet brunch celebrating the mommas that have allowed me and Chris to live such a full and fulfilling life — and, I suppose, to live at all given the whole birth thing. I didn’t snap any foodie pics, but you can trust that I did y’all proud with a plate heaped full of rare roast beef, hot horseradish, bacony pasta, an army of little crab claws and even more pizza. Awesomeness all around.

I love these two ladies more than words can say.
(Apparently I also love tea-potting, but then again, who doesn’t?)

Hope that all of you enjoyed a spectacular Mother’s Day weekend — or at least drowned your sorrows in spectacular eats.
Until next time — you know, when this food blog actually goes back to being about food…

PS. Think you hate Sacramento? Don’t know Sacramento? This is a pretty fun piece that explains how easy it is to form the wrong impression of the city that may just be “the center of the universe.”

4 Comments on “I love Sacramento and other weekend deets”

My first ever photo dump! A week of loving on our new little one, Eleanor Jean Stoffel — born at home on 3/3/22 at 5:07am and porkier than her sister by half a pound at 6lbs 13 ounces. 💕
39 weeks with this one. 🌸 Lots going on in the ol’ head about how rapidly our world and our dynamic as a family of three is going to change, but at the very core, we’re so curious and excited to see Lana transform into a big sister. Sometimes I wish we shared her more publicly in this space because she is becoming such a cool, smart, funny little human. And if this new one has half her personality? Well, we’re really in for an adventure between the two of them. ❤️
✌🏼out 2021, ready to usher in 2022 and all the change it promises to bring. 🥂
Not that giant burrito I put down for lunch (for once). 😬😅
All treats, no tricks! 🕸🦇🎃👻 These spooky, shortcut Pumpkin Spice Cake Truffles we made for @eattherainbow_kids’ #halloweenweek couldn’t be simpler -- just three ingredients (plus fun decorations), and they can be doctored up any number of ways. They make perfect lunchbox sweets, too.
Honestly, you could wear a shacket in Half Moon Bay every day of the year and no one would 🦇 an eye, but pumpkin season seems like a particularly good excuse to pull on something that’s equal parts cute, easy and autumnal. New post on @themomedit breaking down what’s essentially become both my weekend and weekday uniform. Link in profile (and stories, too.) Happy weekend! 🎃🍂🔮
#ad (21+) Only two more weeks until school starts over here and we’ve yet to see two consecutive days of sun, so I’m doing my best to capture summer in a glass with this refreshing twist on a Fitzgerald cocktail using @empress1908gin. Impressively sophisticated and (most importantly, to me, as I’m not the world’s most detail-oriented bartender) — easy as can be. Plus, that luscious hue! Here’s to making the most of these last couple weeks. Happy Friday, friends!
Nsale selfies time. It takes a village, folks — my best friend accompanied me to shop the sale in-store, my mom came out to help entertain the kiddo and everyone pitched in to keep all parties fed while I toiled away late into the night. All in the name of sorting through 6k sale items to bring you the best, most wearable pieces for fall. It’s a strangely cathartic, slightly stressful, super exciting time to be part of @themomedit team, and everyone pulls out all the stops to make what has turned into a bit of a chaotic sale as fun and easy to shop as possible. Weird gig but wouldn’t trade it. Link to my post in profile. ✌🏼
More or less took off the month of June, and I have zero regrets. Hugged and hosted lots of my favorite people, read during daylight hours, bought all the snacks. TBD on whether this very uncharacteristic boomerang on the ol’ feed means I’ve completely thrown in the towel on the algorithm (and aesthetics), but I am giving fewer and fewer you know whats.